The Young And The Restless (Y&R) Spoilers: Sharon Takes Adam Side Against Rey – Marriage Falters Over Poisoning Guilt 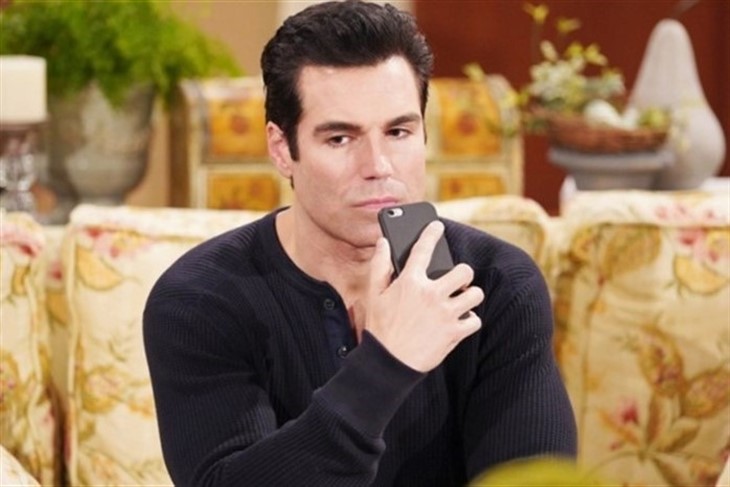 Viewers of The Young and The Restless will recall that Rey found thallium, the substance he was poisoned with, plus the missing knickknacks from his and Sharon’s home in Adam’s penthouse. He confronted Sharon with this information and she was visibly taken aback! She felt this was extreme even for Adam, and longtime viewers will remember that he did some pretty extreme things in the past! When Nikki Newman (Melody Thomas Scott) found out Rey had been poisoned, she was shocked that Sharon could even think that anyone else except Adam could have done it! Sharon and Adam have a bond that goes back for years, but it is a codependent bond.

Sharon is a fixer and Adam always needs fixing and turns to her, but as anyone who has tried to help another person change knows, it never works unless the person truly wants to change. Adam has had some very destructive patterns, and even when he has tried to improve himself, it seems like he cannot make progress for very long and goes back to his old ways.

In order to defend Adam, Sharon will have to blind herself to what Rey and others are trying to push as the obvious. In spite of himself, Adam, unless he is behind bars and cannot do so, will again reach out to Sharon for help and proclaim his innocence. It’s quite possible that even if he is under arrest that Sharon will be his first call instead of an attorney!

Now that the panic over her new husband has subsided and she knows Rey will be all right, Sharon once again will feel sorry for Adam! If Adam does indeed tell her he’s innocent and tells her he thinks he was framed by Chloe Mitchell, (Elizabeth Hendrickson) she will believe him and demand that Chloe be investigated! That puts the Salem Police Department in a tough position since Chloe’s husband is their IT guy, Kevin Fisher (Greg Rikaart)! Viewers know that Chloe was involved but it was Chelsea Lawson (Melissa Claire Egan) who did the poisoning.

Chelsea had been faking her recovery even to her best friend, and implicated her in the crime by association! Sharon also knows that Adam’s family always thinks the worst of him and no one has believed in him except for her, and possibly Chelsea – sometimes. Adam will likely tell Sharon about his witnessing Chelsea being a lot more healed than she pretends to be and Sharon will be properly shocked.

But then, Chelsea spent most of her life pulling cons and it looks like her biggest con of all is being perpetrated on Adam! Sharon will be glad to find Adam an attorney if his charges stick, and be a character witness for him. This undoubtedly will make even more trouble between her and Rey, but her heart and her codependent fixing tendencies will win out!