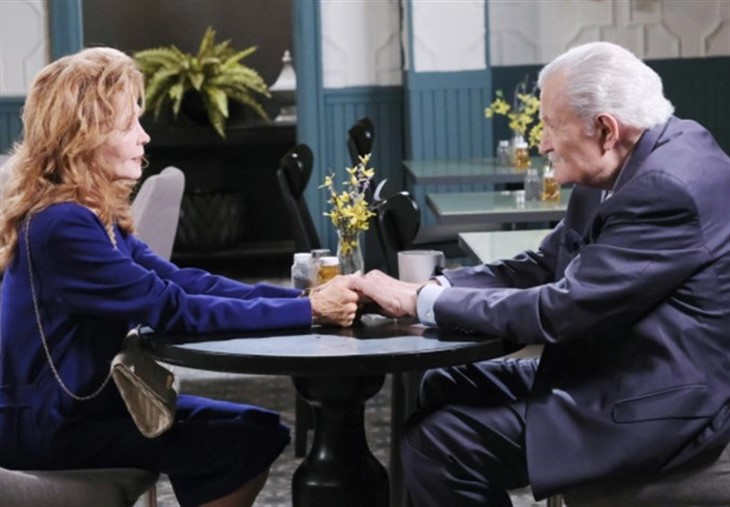 Days of Our Lives (DOOL) spoilers tease that Sarah Horton (Lindsay Godfrey) is currently off-screen, a captive of Kristen DiMera (Stacey Haiduk). Kristen apparently dropped Sarah off on one of the tropical DiMera islands, where she has taken Sarah hostage so she couldn’t reveal that Kristen was pretending to be Susan Banks (also Stacey Haiduk).

Kristen is supposed to be serving time in jail, but she convinced her lookalike to take her place so that Kristen can make sure that Chloe Lane (Nadia Bjorlin) doesn’t steal Brady Black (Eric Martsolf) away from her. But Sarah inadvertently caught Kristen out of her Susan disguise, and wouldn’t promise to keep the news that Susan and Kristen have switched places to herself.

Days of Our Lives Spoilers – Maggie Horton will begin to realize something is wrong!

Although most of Salem believes that Sarah left Xander Cook (Paul Telfer) the day of their wedding to get back with her ex, Rex Brady (Kyle Lowder). Kristen even slept with Rex while wearing a mask that made her look like Sarah, which she made sure Xander walked in on. So fake Sarah told Xander and everyone else that she was leaving with Rex. But then, she also told Rex that she couldn’t be with him either. So for the time being, no one should question where Sarah has gone! That is until Maggie Horton (Suzanne Rogers) can’t reach her daughter.

Maggie Horton will be back in Salem soon!

Right now, Maggie is occupied caring for her sick daughter, Summer Townsend Marie Wilson) who has terminal cancer? So she may not realize at first that she hasn’t heard anything from Sarah. But once Maggie is back in town, she will quickly contact Rex to figure out what is going on. Rex won’t understand because Sarah didn’t leave Salem to be with him as she was told. She’ll likely reach out to Xander, and explain that something isn’t right with the way Sarah left. Xander will listen as Maggie frantically tells him about Rex. But will they figure out that Kristen has Sarah stashed away?

Days of Our Lives (DOOL) Spoilers: Jake Tells Gabi To Move On – With Or Without Him #Days #DOOL #DaysOfOurLiveshttps://t.co/o7CcinSx3W

Days of Our Lives Spoilers – What do you think?

How long can Kristen keep Sarah a prisoner? Will Maggie and Xander realize that Sarah might be in trouble in time to rescue her? Or will Kristen decide to do away with Sarah once and for all? True love always wins out in Salem, so stay tuned to Days of Our Lives airing on weekdays on NBC. And don’t forget the check back right here regularly for all your Days of Our Lives news, information, and spoilers!