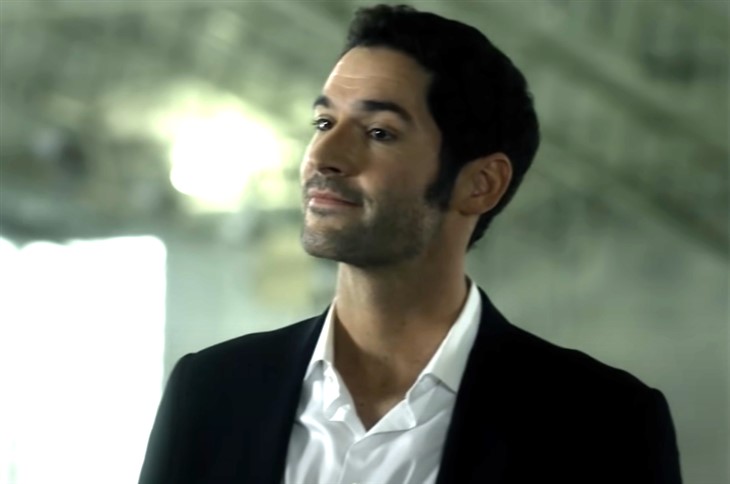 Netflix confirms the awaited part 2 of Lucifer Season 5 to premiere on May 28, 2021, just two months away from now.

The streamer dropped the date in a Twitter post with a picture of Lucifer (Tom Ellis) and his lover Chloe Decker’s (Lauren German) close moment with a caption which reads: “Here to share some exciting news that you definitely did already know: Season 5B Lucifer premieres May 28!”

The first half comprises eight episodes of the penultimate season lulled in August last year due to COVID-19 protocols. The series resumed production in late September to complete up to the final 16th episode of Season 5.

The production then transitions to start on with its sixth and final season, which will show 10 episodes this year. The final salvo will culminate with its 93rd episode of the series.

Lucifer Spoilers – The end Is The beginning

The news for the show’s return sheds light on the fans’ whereabouts of Michael’s endgame for enacting his revenge plans against his twin brother.

Lucifer season 5A’s finale concluded with the celestial duel which flared up in LAPD’s headquarters between the casts: Lucifer Morningstar (Tom Ellis), his revengeful twin brother Michael (still Ellis in a dual role), Mazikeen (Lesley Ann-Brandt), and Amenadiel (D.B. Woodside). Fans were hanged with the unexpected arrival of their father God (Dennis Haysbert).

Although Netflix keeps the trailers hidden until closer to the project’s release date, D.B. Woodside, who portrays Amenadiel, spoiled the opening moments of Season 5B. He mentioned that the final season will start with God, portrayed by Dennis Haysbert, coming. “As he comes, a lot of chaos will follow.”

“We pick up literally two seconds from where we ended, and Amenadiel is absolutely humiliated that God saw him behaving the way that he was with his brothers because as the oldest, he’s really supposed to be the one that sets the example — and he was not doing that!” Woodside said on TVLine.

But as the series is about to end, the stars are seen commemorating the finale on their social media posts. Just a few hours ago, Tom Ellis updated his Instagram with a picture of a lighter with the dates March 17, 2015, and March 29, 2021, engraved on it, thanking Meaghan Oppenheimer for the gift.

Ellis wrote in a post, “Today is the day. 6 years ago I started a journey with the most amazing group of people and today we say a fond farewell to each other. Thank you to every single crew member who has helped bring the story of #Lucifer to life. What a ride ❤️😈❤️ Ps Thanks for the beautiful gift @moppyoppenheimer 😘😘😘”.