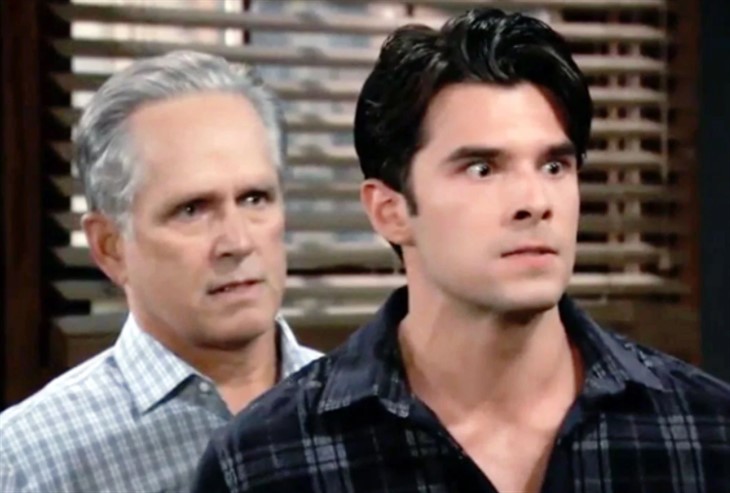 General Hospital (GH) spoilers and updates reveal Dr. Gregory Chase (Gregory Harrison) is having trouble with his family. He is the father of Dr. Hamilton Finn (Michael Easton) who is the father of Violet Finn (Jophielle Love). He has believed that he was the father of Detective Harrison Chase (Josh Swickard). Recently he found out that he may not be Chase’s father. Finn and Gregory’s wife Jackie Templeton (Kim Delaney) had a one-night stand on the night before Gregory and Jackie got married.

Finn wanted to know if he could be Chase’s father and ran a DNA test. Finn was going to get the results before he got married to Anna Devane (Finola Hughes) but Jackie convinced him not to get the results. Jackie thought that Finn should get married and then find out if Chase was his son.

However, Finn’s marriage to Anna did not happen. Gregory found out that Jackie and Finn had been together before his wedding to Jackie. He was not happy to find out that Finn and Jackie had kept the secret from him. Later Jackie and Finn told Chase that Finn might be his father. Finn got the results of the DNA test and found out that he was Chase’s father. The news has changed the dynamic in Gregory’s family.

Gregory and Jackie were separated before he found out that he might not be Chase’s father. Gregory wanted to find a way to stay with Jackie but now does not know if they can stay together. Gregory and Jackie had drifted apart because of their work. Jackie is a dedicated news reporter. She was working on a story on mob boss Cyrus Renault (Jeff Kober) for The Invader.

She was able to get an interview with Cyrus’ mother Florence Grey (Annie Abbott). Cyrus was not happy that Jackie had interviewed his mother and had brought to light his criminal activities. Cyrus heard Jackie and Finn talking about the test results. He ordered the lab to have the results show that Finn was Chase’s father to get back at Jackie. Now Gregory and Chase believe that they are not father and son. Gregory is upset with Jackie and Finn. However, Gregory still cares for Jackie. He knows that Jackie has been a good mother to Chase.

Gregory is upset that he is not Chase’s father. However, he still loves Chase and wants to be there for him. Gregory is trying to find a way to accept that Finn was with Jackie. Gregory felt guilty for many years that he had married Jackie soon after Finn’s mother died. Finn had left before the wedding and Gregory thought that he was the reason. However, Gregory now knows that Finn felt guilty about his one-night stand with Jackie.

Gregory wants to stay close to Finn. He has gotten close to Violet and wants to stay in her life. Gregory now believes that he is Chase’s grandfather. He still loves Chase but he is saddened that Chase is not his son. Gregory wants Chase and Finn to stay close. It took time for Finn and Chase to become close as brothers. Gregory may try to make sure that Finn and Chase stay close now that they think that they are father and son.

General Hospital Gregory is determined to keep his family together. He does not want his family to fall apart. Recently the family’s secret was made public when The Invader ran the story about Jackie and Finn being Chase’s parents. Cyrus got Peter August (Wes Ramsey) the publisher of The Invader to run the story so that he could get back at Jackie for her interview on him. Gregory will want to help Jackie, Finn, and Chase now that the secret has been made public.