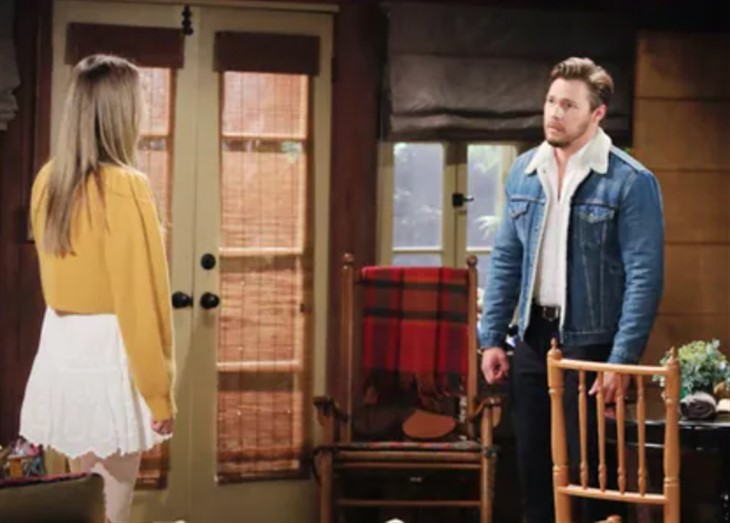 The Bold And The Beautiful Spoilers – Can Liam Spencer And Hope Logan Spencer Get Past What He Has Done?

Viewers of The Bold and The Beautiful will recall that Liam and Hope have hit a nearly insurmountable wall in their relationship, as Liam had hurt Hope one too many times! Hope still has not been able to heal from Liam’s betrayal with Steffy Forrester (Jacqueline Macinnes Wood) even when it turned out that Liam isn’t the father of Steffy’s baby. It all goes back to a lack of trust on both sides, and even though Hope thought Liam loved her and he professed his love, he didn’t trust her enough to not believe that she was cheating on him with Thomas Forrester (Matthew Atkinson).

The Bold And The Beautiful (B&B) Spoilers: Thomas Makes Move On Hope – Strikes While Liam Is Down and Out

As viewers will recall, Liam was much too ready to believe that Hope would, and had, betrayed him. It didn’t even occur to him to confront Thomas when he saw him shirtless and making out with the Hope mannequin, it was way too easy for him to believe it was really Hope his wife! That is what hurt Hope so badly. She had brought herself to trust Liam implicitly and had convinced herself his waffling ways were behind him, and yet he ran right to Steffy and wanted to be back with her again, in spite of her being in another relationship! Of course, both Steffy and Liam were at fault – even though they had gotten drunk, alcohol only removes inhibitions and people’s indiscretions are only easier to commit!

Liam has been “doing his penance” and trying to convince Hope that he wants their marriage to work, but she has just been too hurt. Rightfully so, since there is no excuse for him to have not checked things out when he saw that mannequin that night with Thomas all over it! She has to know that he can stay away from Steffy and abide by the rules for seeing Kelly Spencer (Avalon and Collette Gray) that Dr. John “Finn” Finnegan (Tanner Novlan) has laid out, and not make his and Steffy’s little girl an excuse for being around Steffy!

Hope is perfectly willing to have Liam’s visits with Kelly only be in their home as long as Steffy and Finn agree, that is if she consents to let Liam move back in. Marriage counseling might be the next step they need to try, as it is difficult to be objective when one is in the middle of a tenuous situation! But however they go about trying to work things out with each other, it looks like something they try works and they finally have a breakthrough!

The Bold And The Beautiful (B&B) Spoilers: Brooke Doubles Down On Her Distrust Of Thomas #bb #boldandbeautifulhttps://t.co/4dqU1h4chv

Hope doesn’t want Liam to not be around their daughter Beth Spencer (River Davison) either, although she is still a little too young to know what is going on other than Daddy isn’t there every night. Douglas Forrester (Henry Joseph Saimiri) has been confused too, wanting Thomas to move back in since Liam had moved out. Perhaps it is for the sake of the children and to avoid confusion to them that Hope works harder to make up with Liam, and he works harder to make up with her!