The Young and the Restless (Y&R) Spoilers: Chelsea’s Love for Connor Fails – Hate For Adam Wins Out 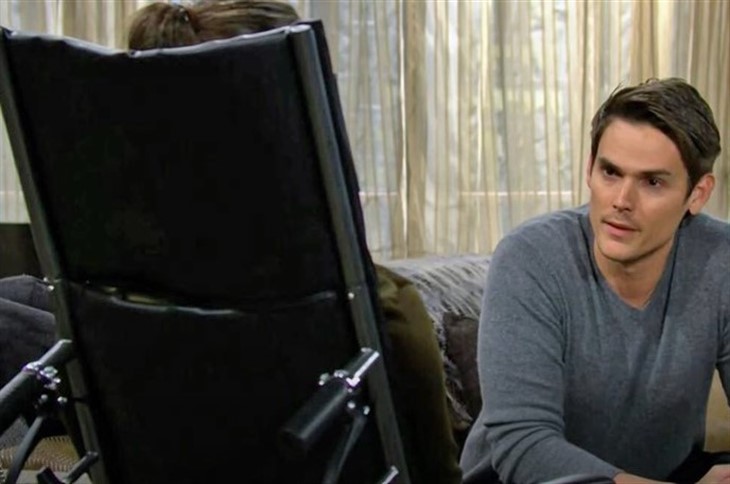 In Adam’s world Chelsea has no reason to be disloyal to him. He sees himself as a dedicated significant other who purely was interested in her recovery.

The promise to leave Genoa City, Wisconsin, is one that Chelsea has been aiming for. Her pushed split from Adam is part of that scheme. Yes, this duo is deeply dysfunctional. Neither half is putting the best interests of Connor Newman (Judah Mackey) first, even though both people foolishly believe they are.

The Young And The Restless Spoilers – Poisoning Rey Rosales Is Shocking

To think that Chelsea purposely poisoned Rey Rosales (Jordi Vilasuso) is totally shocking. Egan has a regular contract, with Chelsea being a main character on Y&R. So how will she be able to avoid being arrested, convicted, and sentenced? This part of the plot needs to be handled carefully in order to be digestible.

Even Chloe Mitchell (Elizabeth Hendrickson) is upset with Chelsea. Hendrickson’s character was lured into this plan because she believed it would serve to end Chadam, not nearly end Rey’s life.

It’s quite clear that Chelsea isn’t thinking straight. That’s a potential angle for getting her off. Alternatively, Adam could fall on his sword and save her. He should also mention Connor’s loss of his father as a reason for her to accept repentance.

Many would-be devastated after having a stroke. So, Chelsea’s reaction after sitting in the wheelchair and being unable to speak was initially understandable.

However, seeing Adam in a kissy face photo with Sharon Rosales (Sharon Case) was a bridge too far. It’s surprising that Y&R didn’t have at least one GC resident create a Shadam kissing emoji to highlight the event.

Chelsea has been willing herself to recovery while cluing Chloe in, and intentionally keeping Adam in the dark, or so she thought. Like Adam, Chelsea became arrogant, let her guard down, and made a major mistake.

Chelsea not only betrayed Adam and is setting him up on an attempted murder charge. She also has turned someone who cared for her, in his own way, into an enemy. That is not smart.

Adam’s awareness of Chelsea’s mobility blows her cover. It also serves as a provocation.

Y&R’s intriguing conflict pits both halves of Chadam against the other. Yes, this is playing out as a great daytime drama.