The Young And The Restless (Y&R) Spoilers: Phyllis Turns On Adam Newman 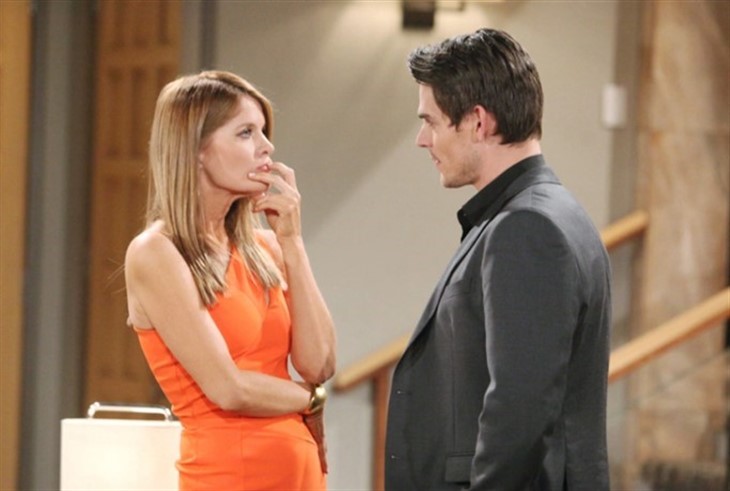 Viewers of The Young and The Restless will remember that Nick Newman (Joshua Morrow) told Phyllis the bad news as they sat together at Society. He told her that Rey had been poisoned, but was thankful that Sharon Rosales (Sharon Case) and Faith Newman (Alyvia Alyn Lind) were not affected.

It appeared that Rey had been the one who was targeted, and Phyllis came to the same conclusion that Nick did – the only person who would have access to Sharon’s house, since it is on the Newman Ranch with a motive to harm Rey would be Adam! Phyllis had voiced the name even before Nick did!

The Young And The Restless (Y&R) Spoilers: Is Richard Burgi Staying In Genoa City?

The Young and the Restless spoilers reveal Nick told Phyllis that Sharon really needed to open her eyes and realize who Adam is! Phyllis has been a confidante and ally of Adam in the past, but to hear that Adam’s obsession with Sharon would have gone to such an extreme that he would break into her house and poison Rey, is something that even Phyllis cannot abide!

She believed Adam’s story about the night Delia Abbott (Sophie Pollono) died, and that it was an accident. She remembers when Adam switched Victor Newman’s (Eric Braeden) medication, but Adam wasn’t trying to kill Victor – although Victor took advantage of it to make him think that he succeeded, by faking his death!

According to Y&R spoilers and updates, Phyllis thinks how innocent people could have been hurt – and she will put Adam on notice that he had better not ever come looking for her help ever again!

Phyllis may decide to send Adam a message on The Young and the Restless – she knows that Adam will be the scapegoat and even though his doing something like this would not surprise her, she will be fair. She wants to hear his side of the story since this would be extreme even for him. She remembers when Sharon and Rey were getting married, and as she, not being invited, went to drop off a gift for the couple that Nick had forgotten, saw Adam lurking and watching the wedding inside!

Phyllis remembers warning him that Sharon was his kryptonite, and asking him if Chelsea Lawson (Melissa Claire Egan) knew she was only his consolation prize? That was the very night that Chelsea’s aneurysm broke and she suffered her stroke, one that Phyllis has learned, also through Nick, that she may never recover from.

And where was Adam, instead of taking care of his significant other the night before major brain surgery she was scheduled for? Stalking Sharon at her wedding! She also had asked Adam if Chelsea even knew that he was there!

Everything comes together for Phyllis as to who Adam really is at that moment, and what he really is capable of. Phyllis decides right then and there that no one needs to hear Adam’s side of the story except the police and his attorney, and she leaves well enough alone!