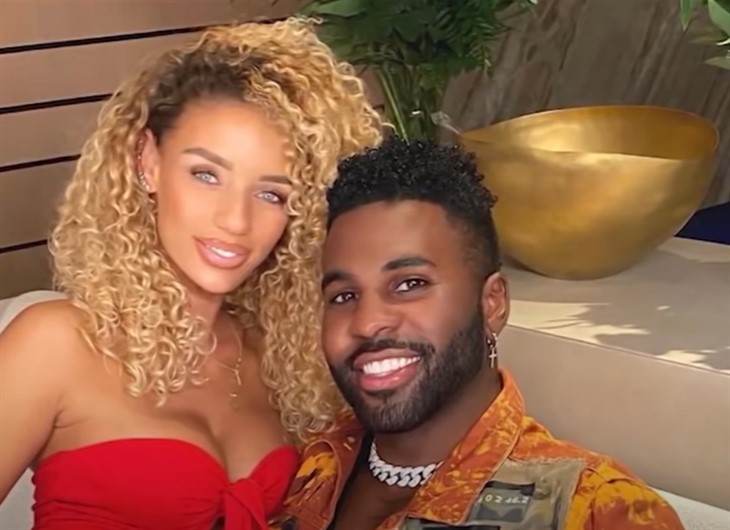 Jason Derulo and Jena Frumes unveil the sex of their first child, shortly after revealing news of the pregnancy.

The pop star and influencer revealed that they are expecting a boy.

During a gathering at Baha Mar resort in the Bahamas, where the couple found out they would be having a baby boy through a grand gender reveal that involved blue fireworks lighting up the sky during the event.

Later, Frumes confirmed the news on Instagram, posting “ “It’s a BOY. Thank you to @bahamarresorts for throwing us a special gender reveal for the family.”

Prior to finding out for sure, the “Savage Love” singer had predicted they were having a boy, saying, “I already know what it is though. I think it’s a boy because the stomach’s sitting kind of low and it looks like a ball.” Well it turns out he was right! 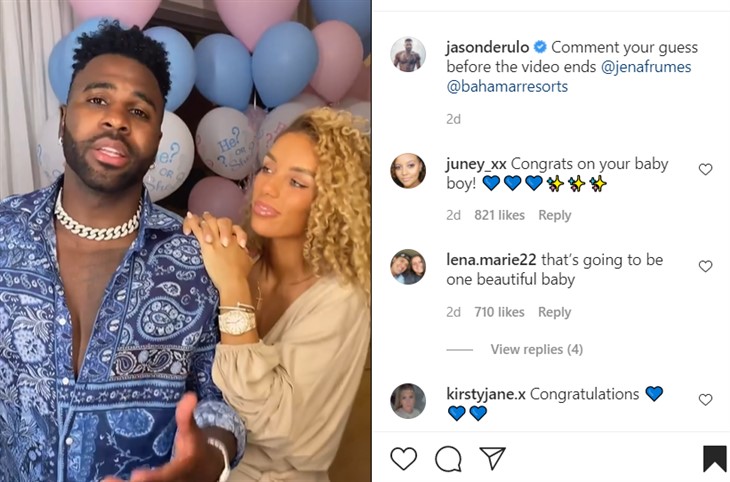 Two days ago, the first-time dad-to-be made the announcement that he was going to be a dad, writing, “Couldn’t be more excited for this new chapter in our life,” adding on TikTok about the new role he would be taking in life, “If you say Derulo, don’t forget to put the ‘Daddy’ in front of it!!”

The singer met social media influencer Jena met at the gym right before the coronavirus quarantine.

Last August he revealed in an interview, “We both have a similar desire to work out all the time. I had seen her once there before and then the second time, I was like, ‘Alright, let me go talk to her’ and the rest is history.”