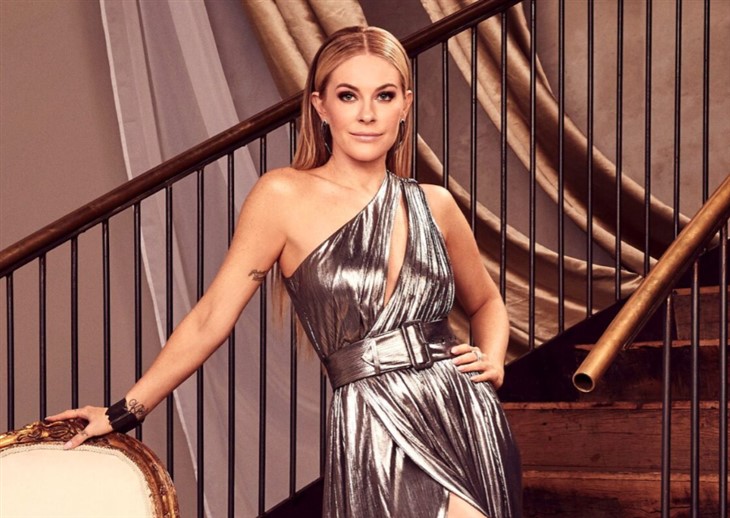 RHONY Season 13 started filming last year, and fans already heard they should expect some changes in the show. Elyse Slaine, Dorinda, and Tinsley left as did Bethenny. But Leah McSweeney remains with Real Housewives of New York City. Bravo fans see newcomers as well. But they certainly didn’t expect the new look that Leah plans for Season 13.

Change is good, some people, think. Especially as reality TV shows look for more diversity. Leah likes the idea of that, and it seems that she already warms to the idea of Eboni Williams Joining. Maybe they become friends on the show.

After all, Leah seemed very close to Tinsley Mortimer on Real Housewives of New York. And noticeably, she supported her when she heard that Tinsley’s engagement to Scott Kluth went south. Fans know it seems like a great idea to make friends and allies in the franchise. Sometimes, it’s more like a wargame than a bunch of women just socializing.

Actually, with news that Bershan Shaw joins Luann de Lesseps, Sonja Morgan, Ramona Singer, Eboni, and Leah McSweeney in RHONY it balances out a bit better in representing New York. None of that seems like startling news in 2021. But Leah’s change of style really raised some eyebrows among Bravo fans when @bravohousewives revealed a new photo of Leah. The Instagram post shared on March 22, revealed a very different-looking woman. And many fans hated it. They think she looks old. 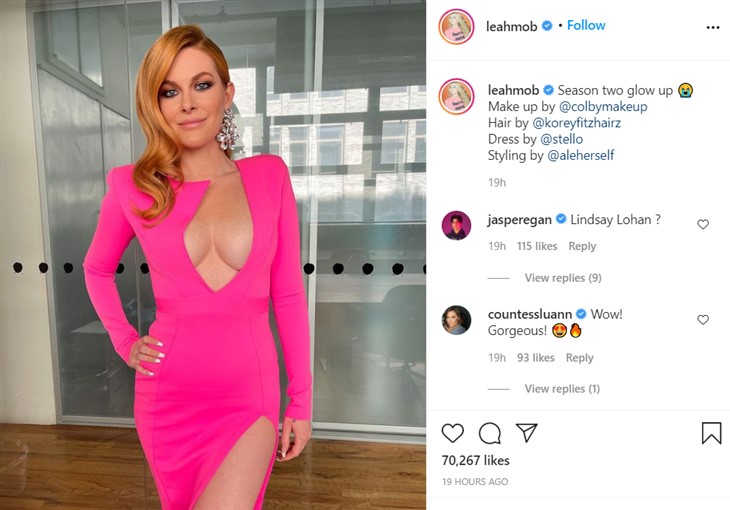 In their post, the Housewives account wrote a caption explaining Leah’s new looks for RHONY Season 13. It said, “One of Leah’s latest looks for #RHONY Season 13 🍎❤️.” And they asked for fans to give their reactions to her new hairstyle. Unfortunately, not many people liked it at all. Meanwhile, some of them liked the dress a lot. Leah stood posing in a bright pink dress that exposed a lot of thighs and a lot of boob. Actually, most people still thought that it looked very stylish and glam.

One RHONY fan said about her season 13 look, “Love the dress but not the hair color.” But others focused on the hair. This comment might not make Leah happy: “Kinda Dallas housewife vibe so no.” But it seems a lot kinder than the comment that read: “No. I liked her regular style. She looks older like this.” Ouch! Well, other people liked the hair color and style. So, perhaps Leah takes some comfort from that. However, it seemed that she got a lot of thumbs down on it.

What are your thoughts on Leah McSweeney’s new look for RHONY Season 13? Do you like it? Or, do you think it aged her?

Remember to check back with us often for more news, spoilers, and updates about Bravo’s RHONY season 13.