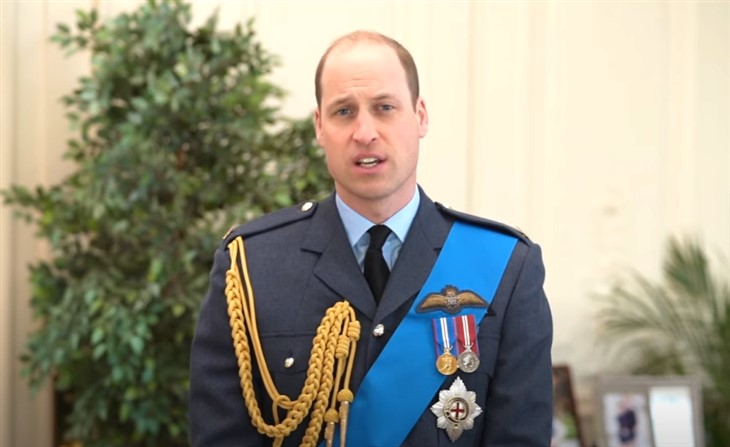 British Royal family news reveals The Duke of Cambridge, Prince William, wore his military uniform to send a special message to the Royal Australian Air Force (RAAF) in celebration of its 100th anniversary on Wednesday.

The Royal delivered his speech via video message saying: “The 100th anniversary of the Royal Australian Air Force gives us an opportunity to reflect on the service, courage, and sacrifice made by generations of Air Force men and women in Australia and around the world.”

Prince William commends the RAAF for developing “an outstanding reputation for resilience, innovation, and dedication to duty” both in conflict and in peace. “Over the last 12 months, Australia has faced the challenges of terrible bushfires and a global pandemic. The Royal Australian Air Force has once again shown its ability to respond quickly to supporting Australians in need.”

The Prince has also spoken of the “special bond” between RAAF and Royal Air Force and mentioned he has witnessed the bond first-hand during his service. “During my own service, I had the pleasure of meeting many serving Australians and have seen first-hand the special bond shared between our two services. More recently, Catherine and I have been welcomed at a number of Royal Australian Air Force bases and have enjoyed hearing stories from serving personnel,” the Prince added.

The ‘Truest’ Form Of Public Service

The Prince was also assigned as an air ambulance pilot in 2014. He signed an employment contract with a civilian employer Bond Air Services, Air Ambulance service operator, and was believed to break the record as the first member of the Royal family (in the direct line of succession) to get a civilian contract.

Kensington Palace mentioned then that the Prince saw the job as a public service in “truest” sense and was committed to donate his salary (believed to be around £40,000 a year) to charity.

His Royal Highness concluded his speech saying, “While your second century will be very different to the first, I am sure that future generations of servicemen and women will carry forward the proud legacy established by hard-working and courageous Australians during the first 100 years of The Royal Australian Air Force.”