The Bold And The Beautiful (B&B) Spoilers: Hope Asked To ID Body, Is Thomas The Murder Victim? 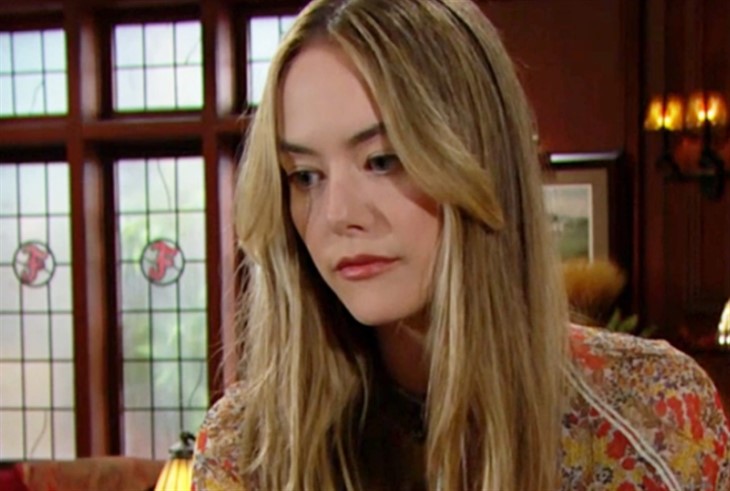 The Bold and the Beautiful (B&B) spoilers reveal that Hope Logan (Annika Noelle) is summoned to the hospital. When she gets there, she is asked to identify a dead body. Since she was called, the murder victim has to be someone that she is close to. Is it possible that Thomas Forrester (Matthew Atkinson) is killed off?

B&B spoilers reveal that the murder mystery begins when there is a shocking and unexpected death. That will air on Monday, April 5 and there are already clues about the victim, killer, and storyline. Initially, it was speculated that Vinny Walker (Joe LoCicero) dies but there is new information that suggests it’s the main character.

The Bold And The Beautiful (B&B) Spoilers: Brooke Sets Up Flo In ‘Family’ Plan, Unexpected Tie To Murder Case?

In the new issue of Soap Opera Digest, it is confirmed that Bill Spencer (Don Diamont) covers up the crime. It is indicated that he didn’t commit the murder but is protecting the “innocent” person who does. This implies that it’s someone he would risk his freedom for, such as Katie Logan (Heather Tom) or a family member.

The Bold And The Beautiful Spoilers – Hope Logan Identifies Victim

The Bold and the Beautiful spoilers reveal that Hope is asked to come to identify a body at the hospital. She rushes to go see the deceased character and is able to verify who is laying on the gurney. For her to be called suggests that it’s someone she is close to. Either a family member, significant other, or someone else she knows well. Is it possible that Thomas could be the murder victim? Would they really kill off one of the core characters and if so, who ended his life?

It is teased that Bill covers up the crime because he’s protecting the innocent. It sounds like someone he loves is responsible. If Thomas is the victim, then it seems logical to assume Liam Spencer (Scott Clifton) might be the killer. Due to their history, it makes sense why Bill would take over. Detectives would believe that Liam intentionally murdered Thomas.

The Bold And The Beautiful Spoilers and Rumors: A Brooke And Liam Hook Up On The Horizon? #BB #BoldandBeautifulhttps://t.co/TwGIYJzjte

With that being said, head writer, Bradley Bell teased that nothing is as it seems. He also stated that it will be a complex story with lots of unexpected twists and surprises. So, while it will seem at first that Liam is the killer, it sounds like the murderer will be someone completely unexpected. Do you think Thomas is the murder victim since Hope is asked to identify the body? If so, did Liam kill him and how will he explain that to Ridge Forrester (Thorsten Kaye) and Steffy Forrester (Jacqueline MacInnes Wood) If Liam’s not the killer, then who is Bill protecting with the cover-up?