The Young And The Restless (Y&R) Spoilers: Victor Learns Of Chelsea’s Deception – What Will He Do? 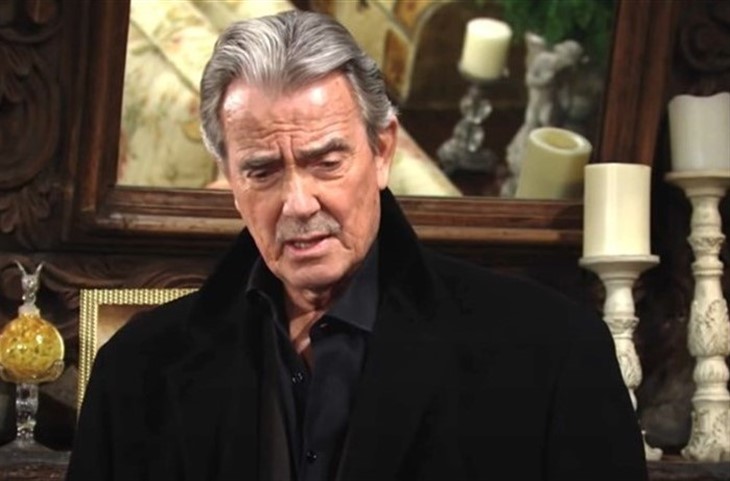 Viewers of The Young and The Restless will recall that Chelsea is the one who poisoned Rey Rosales (Jordi Vilasuso) not with the intention of killing him, but of framing Adam Newman (Mark Grossman). Chelsea wanted either for Adam to go on the run, which it appears he has as far as she knows, or else to be caught and convicted and do serious prison time. A charge of attempted murder would certainly garner Adam some serious prison time, enough for Chelsea to get their son Connor Newman (Judah Mackey) and move somewhere else and start a new life. She had her friend Chloe Mitchell (Elizabeth Hendrickson) steal certain knickknacks out of Rey and Sharon Rosales’ (Sharon Case) house and planted them in Adam’s car.

All the while, Chelsea has been faking her lack of recovery, but before Rey came to the penthouse with a warrant, Adam had spied Chelsea stretching in her wheelchair! But when Rey showed up, and Adam knew he had been framed, he went on the run! At first, he blamed Chloe, because of the texts that Sharon received purportedly from him, indicating he wanted Sharon back, but then when he saw Chelsea stretch in her wheelchair he knew she was faking and she likely planted Sharon’s knickknacks in his car and the baggie full of thallium in his shaving kit!

Viewers will also recall that Adam was the one who found the Newman farm truck crashed into a tree and saved his niece Faith Newman (Alyvia Alyn Lind), bringing her to the emergency room at the Genoa City Hospital. He then ducked out and went to a motel, where he called Sharon and asked about Faith. He also had told her he had been framed for Rey’s poisoning and asked for her help, telling her he found the wreck and took Faith to the ER and left. Victor Newman (Eric Braeden) had called Adam to let him know he was there for him once he knew Faith was in the hospital and would be all right, and it is likely from Adam that Victor finds out Chelsea has been faking her lack of recovery!

Victor knows that Rey thinks that Adam poisoned him and has put an all-points bulletin out on the news! Adam will probably tell him that he is the one who saved Faith as well, and Victor will probably be the one who will update him on her progress. Obviously, Adam cannot resurface to try and clear his name as long as Chelsea is faking her recovery to everyone else. Victor will be the one who will step in and confront Chelsea with her deception, and get to work clearing Adam for the things that he is accused of!