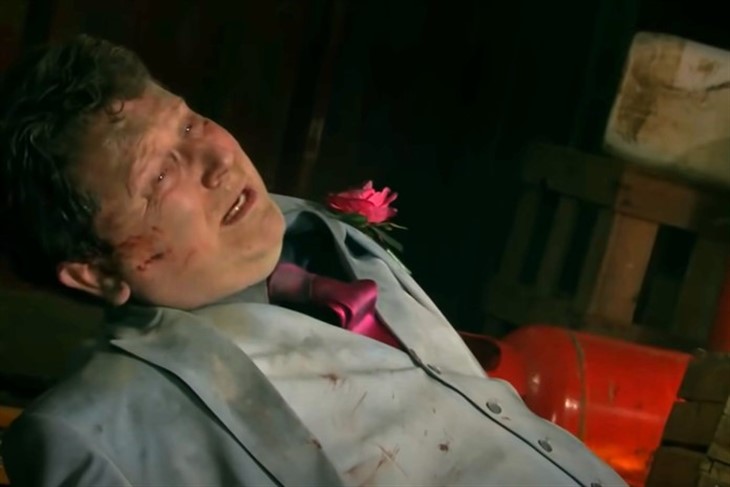 “Emmerdale” confirmed that the soap will air a dramatic explosion in upcoming scenes on the day of Paul Ashdale and Mandy Dingle’s wedding. The show has hinted that at least one of the characters will meet its demise and the actors of the soap have offered more details about what viewers can expect.

Nick Miles, Reece Dinsdale, and Isobel Steele shared their experience while filming the exciting scenes for the “immense” stunt. The show had to make necessary adjustments to their filming process to make sure that they follow the strict health guidelines amid the coronavirus pandemic.

Fans already know that Jimmy King (Nick Miles) will lose control of the vehicle he’s driving and it’ll ram into the barn where Paul and Liv Flaherty (Isobel Steel) are arguing about the former’s abusive behaviour against Vinny Dingle (Bradley Johnson). The accident will spark “a series of explosive events.”

The upcoming explosive will certainly meet viewers’ expectations since it’s by far the biggest one that Nick Miles has seen in his 16-year career on the soap.

“It was like being on a movie set and I have not seen anything so immense,” Miles described.

“The courage to do such a big explosion, set against COVID restrictions, is enormous,” he added.

Meanwhile, Paul Ashdale’s portrayer, Reece Dinsdale, also praised “Emmerdale” for managing to pull off the “extraordinary” stunt. The actor said he felt a real sense of danger and the scenes “look so unbelievably dramatic.” The actor added that they had to spend more time filming the scenes than normal and required “painstaking” planning.

Isobel Steele, who plays Liv Flaherty, described the stunt as “hot, oud, and much bigger” than what she imagined. She said it’s her first time to be involved in such a “dramatic storyline, which left her “gobsmacked.”

“As well as learning our lines, we’ve had to use our own props and take on more roles for this stunt. And even though that has meant more pressure, it has all been worth it because you would never know we have done it during COVID,” she added.

Flashforward scenes showed Liv, Jimmy, and Paul lying in hospital beds unconscious and breathing through tubes. The three characters all fight for their lives while Aaron Dingle (Danny Miller), Nicola King (Nicola Wheeler), and Mandy Dingle (Lisa Riley) stood by their beds. It’s been revealed that the lives of four characters will be on the line and viewers are still waiting to see who the fourth and final one will be.