General Hospital Spoilers: Alexis Sent To Pentonville For 3 Years, Is She Leaving GH? 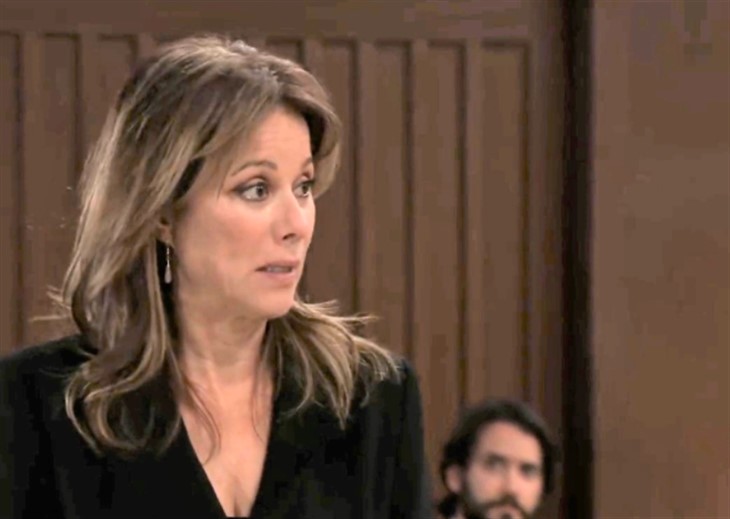 General Hospital (GH) spoilers tease that Alexis Davis (Nancy Lee Grahn) is sentenced to three years in Pentonville Prison; but will she be able to get the help she needs there in future episodes of General Hospital?

Everyone knows that one person cannot change another person, only the person he or she can effect such change. Alexis pled guilty because she wanted to force herself to change. She knew that she could never stop drinking unless she faces the real issues that are causing her to do so. Alexis has faked it through life, faked being strong, faked being happy.

By pleading guilty, Alexis hoped to force upon herself a brutal bottom she must crash into in order to rise from the ashes of her former life into a new one, and a new Alexis. She can see no way around it; the old Alexis and the old life she faked herself through has to die in order for Alexis to live again and reinvent herself and her life.

But even so, Alexis is going to need help and support once she is inside those prison walls. She didn’t get a murder rap or even attempted murder, just an assault charge, and the judge was lenient and gave her only three years. But she won’t be in solitary like a much more violent offender would be, she will probably be in what is called medium custody, meaning she can participate in any rehabilitative programs the prison may offer and certainly have visits from family and friends. She won’t be totally alone, and may have a cellmate, or may not. That remains to be seen.

Alexis will likely undergo exhaustive therapy while in Pentonville Prison, and that may or may not be done within the prison walls. As General Hospital viewers will recall, Shadybrook Sanitarium is closely tied to Pentonville Prison, with many inmates who need mental health care spending some time in Shadybrook under guard, and a few other mental health facilities have partnered with the prison as well.

Longtime General Hospital viewers will remember Heather Webber (Robin Mattsson) going back and forth between prison and mental health facilities several times, the last time being when Nina Reeves (Cynthia Watros) had been there and Franco Baldwin (Roger Howarth) having gone to the extreme of taking LSD in order to be admitted so he could protect Nina from her!

She may be under Dr. Kevin Collins’ (Jon Lindstrom) care or the care of a new therapist specializing in addiction therapy. Her daughters will be able to visit and support her and she will need their emotional support to make it through her time there. But the main thing is, and the best thing is for Alexis, is the realization that she has to change, and to be able to change, she has to be healed from her past, and learn new ways of coping with the present! Her very decision to plead guilty to force that change is a good sign that she will be able to overcome her problems and re-emerge a much better Alexis!