The Bold And The Beautiful (B&B) Spoilers: Thomas Is There For Hope – But She Really Wants Liam 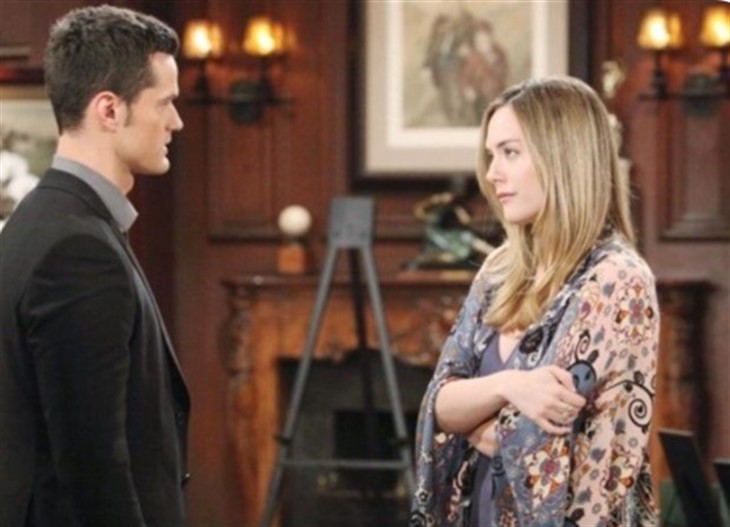 The Bold and the Beautiful (B&B) spoilers document that Thomas Forrester (Matthew Atkinson) is a victim of his own doing. He was recently flustered by Brooke Logan Forrester (Katherine Kelly Lang), who will not let her guard down.

Thomas understands Brooke’s resistance, as his many past actions were destructive. In particular, he’s wronged Hope Spencer (Annika Noelle), even using his young son, Douglas Forrester (Henry Saimiri), as an emotional pawn.

But a new day has dawned in Los Angeles, California, and with that, there is a possible future ahead for Thomas and Hope, no matter what Brooke believes is best.

The Bold And The Beautiful (B&B) Spoilers: Brooke Sets Up Flo In ‘Family’ Plan, Unexpected Tie To Murder Case?

Brooke isn’t heartless. She actually has softened her stance in Thomas’s regard.

As Thomas pointed out, she was one of the key people who gave him a chance to prove himself. That came after his subdural hematoma surgery when Brooke agreed to allow Thomas to live with her and Ridge Forrester (Thorsten Kaye) in the Logan mansion.

Bridge’s presence allowed both Brooke and Ridge to keep an eye on Thomas. He proved himself, recovered, and then felt strong enough to move out earlier this year.

Despite her generosity, Brooke hasn’t changed her feelings about Thomas’s interest in her daughter. She believes that Thomas has an unhealthy attitude toward Hope, even though he might not realize that himself.

Ridge dismisses Brooke’s concerns out of hand, which follows his pattern of defaulting to Thomas’s defense. That makes Thomas’s response to Brooke intriguing.

Atkinson’s character is being genuine when saying that he cares for Hope and wants the best for her. But he has admitted to loving Hope, which means that any signal she sends to him will likely lead to a mutual pursuit.

At the same time, Thomas knows that Brooke can cause friction for him. So, he needs to remain cautious in how he interacts with Hope.

The Bold And The Beautiful Spoilers – Thomas Forrester Must Look Forward

Brooke’s opinions don’t define who Thomas is or will be, even though she was proven right on a number of occasions about him. So, he simply must look forward.

Thomas’s progress can be measured by his day-to-day actions. Brooke won’t give him a break and she’s within her maternal rights to feel that way.

But what Hope might conclude, during her separation period from Liam Spencer (Scott Clifton), should prove decisive. She is influenced by Brooke but also has her own mind. So, Hope will determine what, if anything, is possible with Thomas.