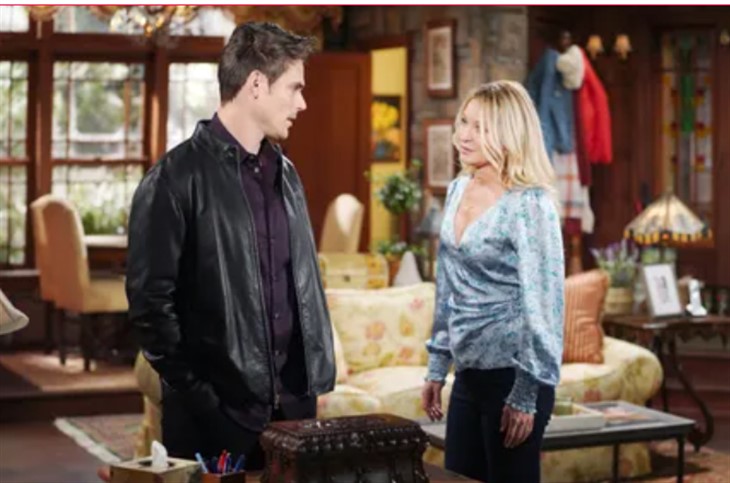 Viewers of The Young and The Restless will remember that when Faith Newman (Alyvia Alyn Lind) crashed the Newman farm truck, Adam was on the road at the same time and spotted the crash. He had stopped, gotten Faith out of the truck, and took her to Memorial Hospital and dropped her off – he had called Sharon once to let her know and also explained there was no cell signal so he could not call 911. He had wanted her to meet him but didn’t say where he was when he called to tell her he had rescued Faith, and she couldn’t talk at the time. She was still worried about her girl, who had not come to her at the time, and told him she couldn’t help him.

The Young And The Restless (Y&R) Spoilers: Victor Learns Of Chelsea’s Deception – What Will He Do?

But then, after Faith came to and Dr. Nate Hastings (Sean Dominic) assured her and Faith’s father, Nick Newman (Joshua Morrow) that Faith would be okay, Adam sent another text wanting to meet, this time giving her his location. He is hiding out at a deserted lakeside cottage familiar, apparently, to the both of them. She knows Faith may not have survived if Adam hadn’t pulled her out of the truck and brought her to Memorial, so of course, she feels compelled to thank him. Nick and Rey Rosales (Jordi Vilasuso) both know it too because Rey had the security camera films pulled at the hospital, and they recognized Adam bringing Faith in.

Sharon shows up at the meeting with Adam. He had put his own freedom on the line to save his niece’s life, so that counts for something with Sharon. She is very emotional and feels drawn to him because of her realizing if it weren’t for him, she could have lost another daughter and didn’t. Adam doesn’t dwell a lot on the thank you, however, because he knows he has been framed and Sharon is the only one who can help him. She does warn him that just because she is hearing him out doesn’t necessarily mean that she believes he is innocent in the poisoning of her new husband, Rey. She is a little bit torn within herself, however. She doesn’t think Adam could or would have done it, but it is possible.

Sharon does tell Adam that she honestly doesn’t know what to think. Then he puts forth his theory that Chelsea Lawson, (Melissa Claire Egan) who as far as Sharon or most anyone else knows is still paralyzed and cannot speak, might be responsible for the poisoning. He admits she may have needed and had a helper. He likely tells Sharon what he witnessed and that he saw Chelsea stretch and adjust herself in her wheelchair, which she supposedly was not able to do. Adam is just not able to trust the law and refuses to turn himself in, even though Sharon suggested he does so. He doesn’t think anyone will even listen to him let alone investigate to see if Chelsea really is faking her lack of recovery!

Sharon does start to think perhaps someone should check Chelsea out! There are ways to test if someone is faking that kind of lack of recovery – reactions, for instance. Something sharp could be used on her bare feet, for instance, as when doctors check diabetics to see if they can feel things with their feet – Chelsea would have to be distracted by something and barefoot, but she could always be poked somewhere else when she least expects it!