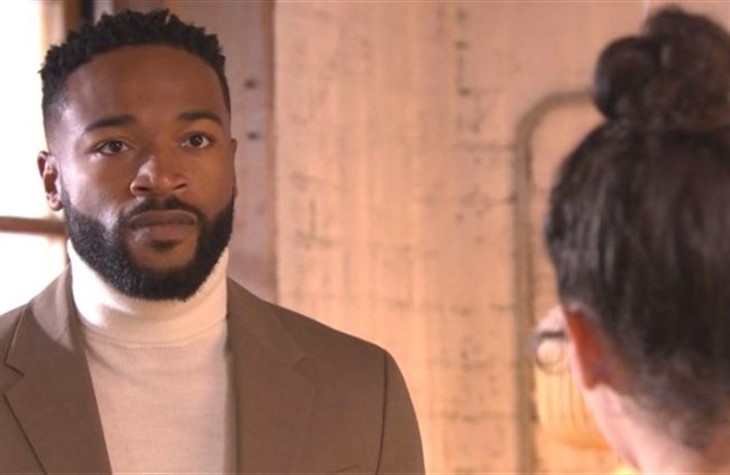 On Hollyoaks, Cleo McQueen (Nadine Mulkerrin) hears something that makes her suspicious of her boyfriend Toby Faroe (Bobby Gordon). She now thinks Toby is responsible for the death of her friend Lisa Loveday (Rachel Adedeji).

In April 9 episode, Cleo and Toby will be seen falling asleep next to each other, when Toby utters “I didn’t mean to kill her.” Cleo dismisses what she hears. However, Toby will act weird as he tries to protect her from abuser Pete Buchanan (Kai Owen). Cleo has seen Toby willing to go to great lengths just to keep her safe from Pete. But rather than feeling safe, Cleo sees that her boyfriend would have the capability to take other people’s life.

Spoilers reveal that Cleo won’t be able to hold back on her suspicions. She will confront Toby and ask him if he has something to do with Lisa’s murder.

Mulkerrin, who plays Cleo, comments that Lisa was a good person and friend to Cleo. Mulkerrin thinks that once Cleo finds out the truth that Toby killed her friend, it will be over for the two of them.

“I know half of her family have been entangled in murders, but if Cleo found out that Toby killed Lisa in cold blood, I really don’t think she’d stick around!” she told Digital Spy.

Kai Own has reprised his role as Cleo’s abuser, Kai Owen. In scenes airing on April 5, Cleo will have a blast from her past when she receives a call from an unknown number. She suspects that Pete is back in town, although Celeste (Andrea Ali) tries to calm her worries away.

Cleo will tell Toby about it, oblivious of the fact that Toby can be violent. Toby would want to get justice for Cleo, and that is when Cleo would also start to doubt Toby. Spoilers reveal that Cleo will try to dig more into Toby’s involvement in Lisa’s murder.

Hollyoaks will air its mental-health episode on April 7. It will start with Cleo’s trauma after having a showdown with Pete. As Toby tries to protect his girlfriend from her abuser, he will also remember his own abusive childhood.

Hollyoaks will also touch on Luke, Mandy, and Cindy’s difficult pasts. At the end of the week, Cleo will learn how far Toby went to get revenge against Pete on her behalf.