The Bold And The Beautiful (B&B) Spoilers: Meeting Between Friends Ends In Death – Vinny Or Someone Else? 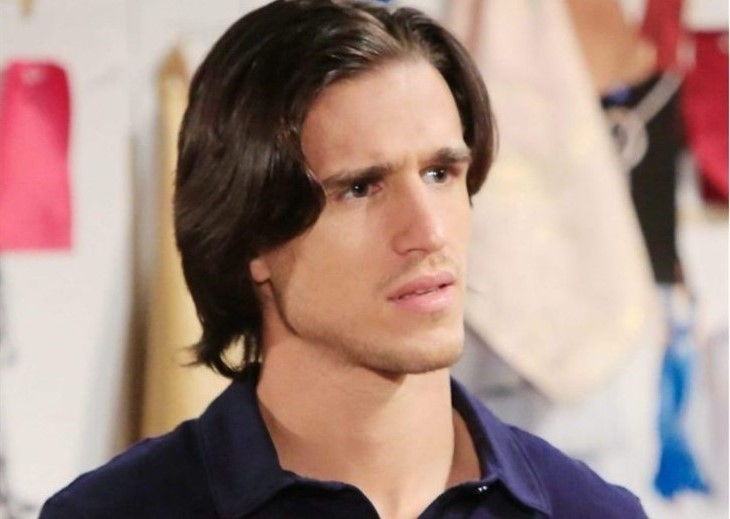 The Bold and The Beautiful (B&B) spoilers tease that a meeting between friends will end in death; most fans think it will be Vinny Walker (Joe LoCicero) but the showrunners also have others as possibilities. It looks like Dollar Bill Spencer (Don Diamont) will take the blame to “cover for the innocent”. That lets out a few possibilities that showrunners have put on the list unless there is some kind of a bizarre twist! Some of these possibilities will not make any sense to viewers of The Bold and The Beautiful!

The Bold And The Beautiful Spoilers – Motive, Means, And Opportunity

We can eliminate some of the names of potential murder victims simply by using the detective’s investigation formula in reverse. Regardless of who the victim is, the perpetrator has to have motive, means, and opportunity. One person on the list is Katie Logan (Heather Tom) and another is Flo Logan (Katrina Bowden). Flo just got engaged to one of Dollar Bill’s sons, Wyatt Spencer (Darin Brooks) and Katie is Dollar Bill’s wife, who he has been trying to get to reconcile with him.

It is doubtful that Dollar Bill would want to cover for anyone who might be accused of those two victims, although he might want to take revenge on the perpetrator himself! We could probably include Shauna Fulton (Denise Richards) in that list as well. Katie, Flo, and her mother Shauna are all on the victims’ list. The only possible way that one of those women could be the murder victim and Dollar Bill want to protect someone accused if the accused is innocent and he knows it would be if one of his sons was the accused – either Wyatt or Liam Spencer (Scott Clifton) and neither of them would have any motive, means, and likely not opportunity to murder Shauna, Katie or Flo!

We can take those three off the list of potential victims. Who’s left? We already know Vinny’s an easy target with many who would have a motive, means, and opportunity to kill him, including Dollar Bill himself and Liam so we’ll go on to the remaining two on the show runners’ potential victim list.

The Bold And The Beautiful Spoilers – Dr. John “Finn” Finnegan And Thomas Forrester

The remaining two on the potential murder victim list are Dr. John “Finn” Finnegan (Tanner Novlan) and Thomas Forrester (Matthew Atkinson). Vinny himself would have a motive, means, and possible opportunity to murder either one of these men if Vinny is not the murder victim. The two of them probably got Vinny fired from his job at the hospital, although the last time viewers saw him he was running away from the lab! One point with Finn that viewers need to consider is that we are not sure where he is at the moment. Steffy Forrester (Jacqueline Macinnes Wood) was on her way to Paris, France when Finn intercepted her at her cliff house before she could get to the airport, and the actress is on real-life maternity leave.

Those scenes were filmed before she left, and viewers would be very angry if Finn was killed off now! They haven’t even gotten married yet! Besides, other clues indicate that Hope Logan (Annika Noelle) will have to identify the victim – that doesn’t seem to be Finn! That leaves Thomas if Vinny isn’t the victim! Thomas could have many targets on his back – Brooke Logan Forrester (Katherine Kelly Lang) just told Liam in no uncertain terms to protect Hope, no matter what it took because she doesn’t trust Thomas! Liam certainly would be a suspect in the murder of Thomas, should he be the victim, for that matter so could Brooke!

Their hatred of Thomas is well known, and Dollar Bill would want to protect either Liam or Brooke! However, just a week ago Matthew Atkinson was at a pop-up fan event along with Eric Forrester portrayer John McCook, Jacqueline Macinnes Wood (who has had her baby), and Thorsten Kaye who plays Ridge Forrester. Matt posted it on his Instagram. That wouldn’t make much sense if he was killed off, would it? It would make sense if Hope had to identify the victim but she might be called to identify Vinny as well – he doesn’t have family in town. Tune in all week and find out who the victim is for sure!