The Young And The Restless (Y&R) Spoilers: Camryn Grimes Spills What It’s Like To Be ‘Fake Pregnant’ 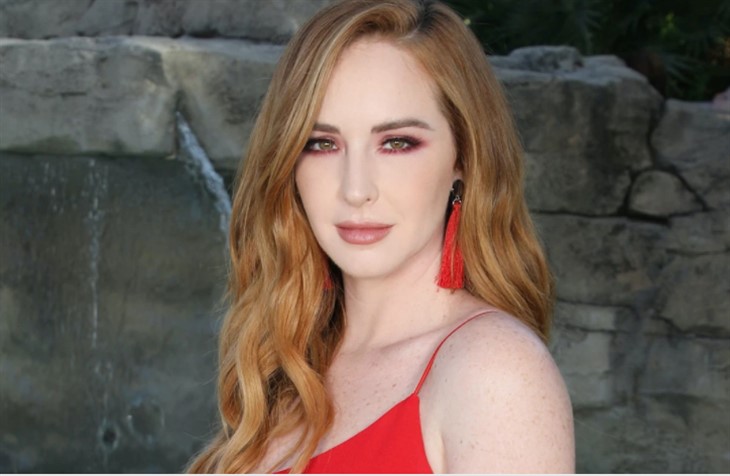 The Young and the Restless (Y&R) spoilers reveal that Mariah Copeland (Camryn Grimes) is in the midst of a life-altering journey on the Genoa City, Wisconsin-based CBS sudser. The childless singleton has agreed to be a gestational carrier and there is no example for her to follow—and when Mariah wings things, look out!

Mariah is a surrogate for Abby Newman (Melissa Ordway) whose husband has gone MIA and this plot portends all kinds of complications. The two-time Emmy winner recently talked to Soap Opera Digest about the storyline and we have the scintillating details for you here.

Grimes was asked to speak about the direction Mariah is taking and she enthused: “I love it. It’s always flattering to me to be given a story, and especially one that is big and really important and changes the landscape in some way, like bringing on a new life and new character. As an actor, you can go, ‘Oh, cool, that’s something I had to do with,’ and that’s a great feeling.”

Y&R Spoilers – What Happens Next In The Womb For Rent Storyline?

Not everyone is on board with the plot, however. Some fans would rather not see this particular story unfold and Grimes was asked to comment on that. She said, “I know there are some people who aren’t too happy with it, and although I can completely understand where they’re coming from, I never felt that way.”

“I just thought what an amazing opportunity it was to tell the story of surrogacy and make other women less scared of the idea and show a real, beautiful journey of how there are lots of ways to bring a life into the world. It’s my first time being fake pregnant and that’s a huge honor.”

The Young And The Restless (Y&R) Spoilers: Phyllis Turns On Adam Newmanhttps://t.co/FAK0pqfDeD

Grimes is not pregnant in real life so that means she will be wearing a prosthetic that makes her appear pregnant. According to Grimes, she has already used the fake stomach!

“I have and I liked it a little too much. I very much want to have kids and it’s hard because a few of my friends are pregnant right now and others are talking about getting pregnant. Since we’re in a pandemic, there’s more time to think about it.”

She added, “I realize that I’m in my 30s and entering this new chapter now where people my age are getting married and having kids, which means taking on new titles. It’s cool that I’ll be fake pregnant and it’s an opportunity to see what I look like in maternity clothes.”