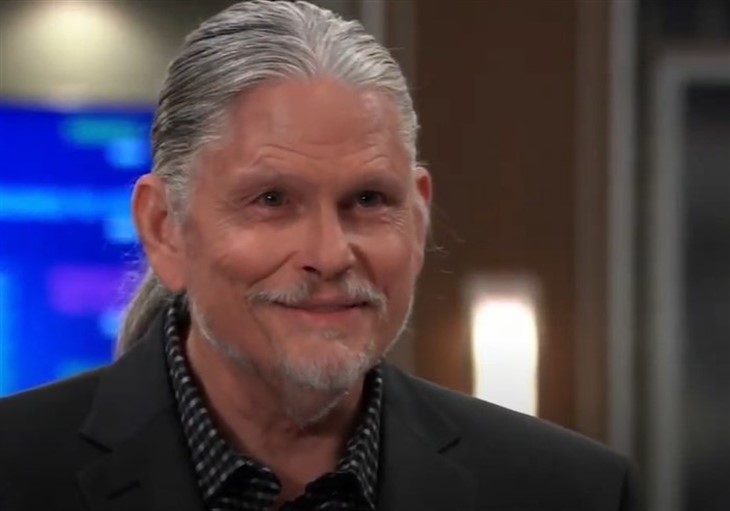 General Hospital’s Cyrus ordered the technician to make sure that Hamilton Finn (Michael Easton) shows up as the father. However, we have never seen what the actual results are. Finn very well could be Chase’s father. However, Gregory could be as well. The fact that Finn wants to have the test repeated proved that he does not trust the DNA test either. Finn wants to have it redone at Mercy Hospital. Finn knows someone there who will run the test for him. Will the results change once the test is redone somewhere else?

General Hospital’s Finn is not thinking about Cyrus and his vendetta with Jackie. Finn just wants to make sure that Chase is his son and not his brother. Secretly, Finn hopes that the results are wrong, and things can go back to normal. However, the affair is out in the open now and there is no going back. Will Finn find out that Chase truly is his son. Has Finn opened up a long-kept secret for nothing? Can Chase ever accept Finn has his father if the results are true? Can Chase adjust to his niece being his little sister instead? Violet Barnes (Jophielle Love) would love Chase no matter what. However, the adjustment for him might be a very hard one to make.

General Hospital Cyrus is merely out for revenge against Jackie because of the article she wrong about him. However, Cyrus’ payback is designed to ruin Jackie’s life and reputation. Will Cyrus succeed in hurting Jackie the way she has hurt him? After all, Cyrus already has a reputation as a drug lord. Cyrus’s own mother gave information against him to Jackie. Cyrus had kept it quiet that he killed his father as well. However, Florence Gray (Annie Abbott) blames Cyrus and always will. Will Cyrus continue to interfere in Jackie’s life? Could Cyrus rig the test at Mercy as well?

Cyrus believes he can hide behind his job at General Hospital to make anything he wants to happen. Cyrus also believes he can run his drugs through the hospital as well. Will Finn expose Cyrus for the manipulator he is?