The Bold And The Beautiful (B&B) Spoilers: Zende’s Date With Paris Disaster, She Becomes Sick From Sister’s Prank 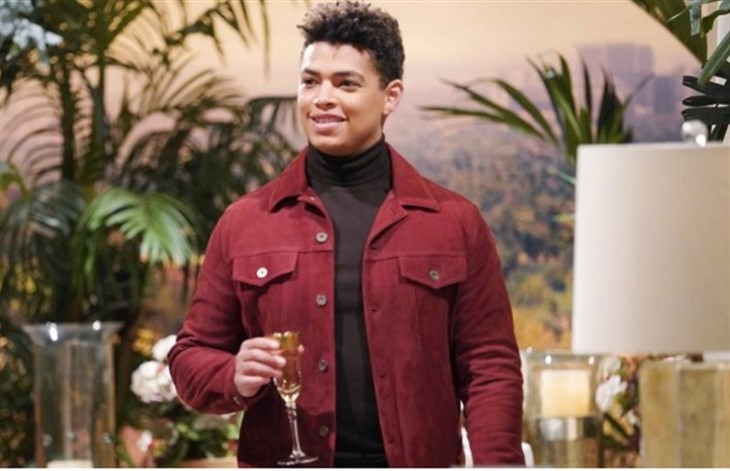 Viewers of The Bold and The Beautiful will recall that Zoe Buckingham (Kiara Barnes) came in on Quinn Forrester (Rena Sofer) as she parked herself briefly at Paris’ desk, where Paris had left a half-consumed smoothie. Quinn and Zoe talked and Zoe told her sad tale of Carter Walton (Lawrence Saint-Victor) not wanting to work with her to reconcile. Of course, Zoe blamed the problems on Paris, and then they talked a little about Zoe and Zende.

Talk turned to Eric Forrester’s (John McCook) digestive problems, with Quinn telling Zoe that she had to get some more of the herbal concoction he relied on, with the implication that he used it for the reasons most people would eat prunes or take a constipation remedy! Quinn left the bottle on the desk and excused herself from the office for just a second, slyly grinning. Zoe took the hint and took a couple of scoops of the remedy and put into Paris’ smoothie and shook it up really good.

The Bold And The Beautiful (B&B) Spoilers: Meeting Between Friends Ends In Death – Vinny Or Someone Else?

Quinn returned took her purse with the remedy in it, and Paris finished her smoothie and remarked on how good it tasted, finishing it to the last drop! Zoe knew that Zende had very special plans for himself and Paris that evening, and Zoe was determined to ruin them! Perhaps if she gets really lucky not only will she ruin their evening but their entire relationship! She still wants Paris to quit her job with Forrester and get out of town!

Zende has planned a very special evening for himself and Paris, complete with a Parisian theme and French food. Luckily for Paris, they are not going to a restaurant and not to Paris itself but he has his grandfather’s cooks prepare a sumptuous variety of French foods and they are having their date in the Forrester mansion. Paris is astounded, as she has never even seen fancy food like this let alone consumed any, but Zoe’s prank with Eric’s constipation remedy kind of fits into the French food theme in a bizarre way – if people are not used to the richness of many French dishes, it can actually upset their digestive systems!

The Bold And The Beautiful Spoilers: Will Murder Be Real – Character Killed Off And Then Returns? https://t.co/LnnxPc8mTT pic.twitter.com/sMK3rsXKnJ

Paris tries many of the new and fancy foods, but then she starts to get sick. Viewers can imagine that she probably is embarrassed by having to make several trips to the bathroom during the evening, and Zende, not having a clue that Zoe put his grandfather’s herbal mixture in Paris’ smoothie, blames himself!

He feels terrible that he went to all the trouble of having this very fancy and expensive, in some cases, food prepared only for Paris to become violently ill! However, things end on a positive note and Paris doesn’t blame Zende, she just figures she picked up some kind of stomach bug and hopes it’s not contagious!