The Young And The Restless Comings And Goings: Jacob Aaron Gaines Makes His Debut As Neil’s Son 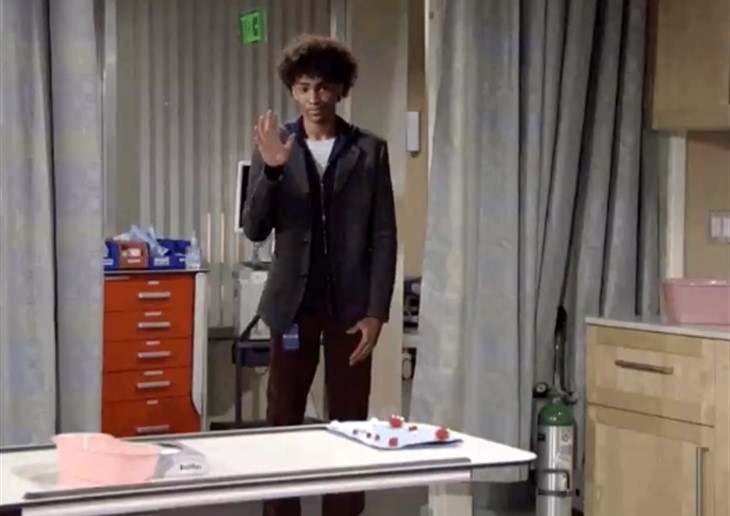 The Young and the Restless (Y&R) spoilers say there’s a new face in town, and it’s one that a lot of people will be talking about, as it looks like Neil Winters’ (the late Kristoff St John) son will soon be making his way to Genoa City. That’s because newcomer Jacob Aaron Gaines will be making his debut as Neil’s son, Moses. Read on for all for the latest spoilers.

Speaking to Soap Opera Digest in a new interview, Jacob says that he landed his role after auditioning with Alyvia Alyn Lind, who plays Faith Newman on the hit CBS soap. He recalled, “I was told that Moses wants to be a doctor, so he’s trying to charm Faith at the coffeehouse and make sure she’s okay. He has a soft spot for her and won’t let anyone push her around.”

Jacob went on to say that it didn’t take very long for him to get the call that he got the role, much to his surprise. The actor leaped quickly when he found out that he was hired. He said, “I heard back from them three days later that I got it, which was the fastest I ever booked something. It was just one and done, so I guess it was meant to be. I must’ve blown them away.”

Y&R Comings And Goings – Moses Is In Genoa City

And while there was no doubt that Jacob was quite nervous on his first day on the set, luckily there were plenty of people around to help him out and make him feel like he was at home, just like Bryton James (Devon Hamilton). With that said, Jacob added that he feels as though it’s been a huge privilege to be on such a legacy show as The Young and the Restless and can’t wait for fans to see his character in action in the coming weeks. As a matter of fact, we can’t wait, either!