The Young And The Restless Spoilers: Adam Causes Big Drama For Rey And Victoria 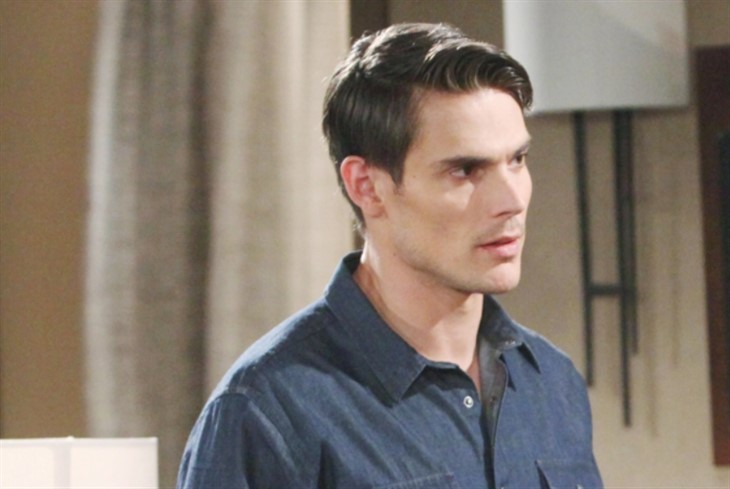 The Young and the Restless spoilers document that Adam Newman (Mark Grossman) is once again involved in a controversy on Y&R. He is also furthering the rift between Sharon Rosales (Sharon Case) and Rey Rosales (Jordi Vilasuso). The other widening crack is seen between Victor Newman (Eric Braeden) and Victoria Newman (Amelia Heinle).

The call Sharon took from Adam on The Young and the Restless establishes another point of contact that will push Rey further away. Victor’s need to protect Adam will eventually be vindicated when Grossman’s character is cleared. But in the meantime, Victoria will be outraged that her father is defending her brother, who she sees as definitely guilty.

Sharon and Rey have been fighting in recent weeks, which is sad because they’ve only been married for a matter of months. However, Rey can’t really be blamed for the stance he’s taking because of Shadam’s history and recent, repeated interactions.

Rey and Sharon’s marriage counseling session seems like a distant memory, even though it just happened in late March. Shey will find that they have fewer points of the agreement once it’s revealed that Sharon was in touch with Adam, who is on the run.

The Young and the Restless audience knows that Adam is innocent. Sharon heard his innocent plea during their brief call. Meanwhile, Rey is convinced that Adam tried to kill him with Thallium and must be captured.

A question can be asked Victor about this section header. How long will Victoria be heading Newman Enterprises?

For the moment, Victoria is in charge. Ashland Locke (Richard Burgi) could pull his pending Cyaxares deal with Victor and Adam, depending on how long it takes for Adam’s fleeing storyline to play out.

A natural next step could be for the Lockeness Monster to sell his media company to Victoria if he doesn’t choose Chance Com. But whatever happens on that front, Victor’s defense of Adam projects as resulting in his embattled son supplanting Victoria as Newman Enterprises Chief Executive Officer in the end.

Victor helped Adam after the cabin explosion in 2014. Now, more than six years later, Adam is living through another on the lamb scenario.

Hollywood Hiccups is a leading source for everything linked to The Young and the Restless spoilers and updates. Check back regularly for Y&R soap opera spoilers and news!