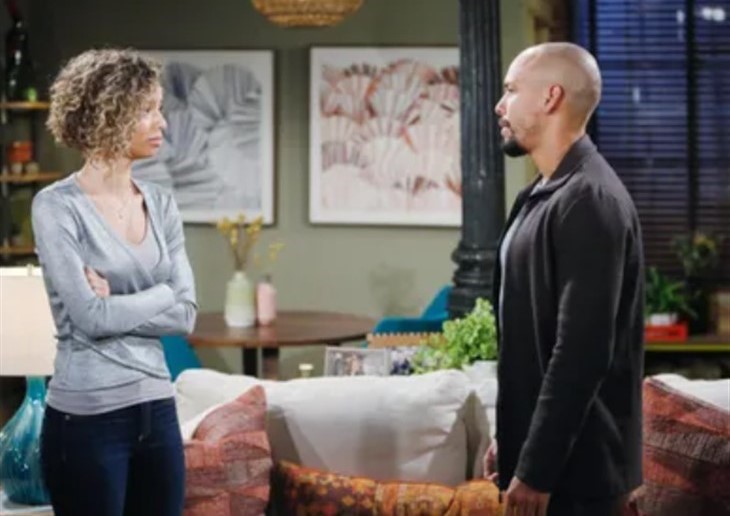 The Young and the Restless (Y&R) spoilers document that Elena Dawson (Brytni Sarpy) knows that she’s stuck right now. But Devon Hamilton (Bryton James) has proven that he still cares about her. Nate Hastings (Sean Dominic) is also still around and like Devon, is available.

Elena appears to be soulmates with Devon. But his interest in Amanda Sinclair (Mishael Morgan) and her unique magnetism could mean that Nate becomes Elena’s escape.

So, for the time being, Elena seems to be in a holding pattern. But there are reasons for optimism for each involved character.

The Young And The Restless Spoilers – Devon Hamilton Is Destiny?

Fans were on-board with Elevon. Others like Delena because it’s equally palatable. But the nickname isn’t the issue and either one could become a past tense reference.

Devon and Elena love each other. But Elena’s interest in Nate implied that all wasn’t right. Then, she and Nate became close, with the New Hope Clinic incident serving as the event that split her from Devon.

However, at least Elena was honest with Devon and she did and does regret what happened. Devon came to forgive Elena and also to admit that her assessment of his growing feelings for Amanda was right. So, hope isn’t actually lost for a revival at this point in the plot.

Amanda is stunning, with her resemblance to Hilary Hamilton (Morgan) naturally setting off Devon, Elena, and many others. Amanda’s confirmation that she is Hilary’s identical twin sister resolves that prior mystery and also allows her to move on with life.

Devon has a connection to Amanda because she is Hilary’s sister. That’s a double-edged sword for Elena to deal with because it means Morgan’s second character is impactful.

Elena was insecure about her relationship with Devon. Currently, she’s not sure if they will ever be able to return to the stable ground they stood on before Amanda came to town.

The Young And The Restless Spoilers – Nate Hastings No Longer In Love?

Nate fell in love with Elena. It was challenging to tell if his loneliness drove his feelings. But time has allowed the appearance of genuineness where Elena is concerned.