The Walking Dead To Return For An Eleventh Season 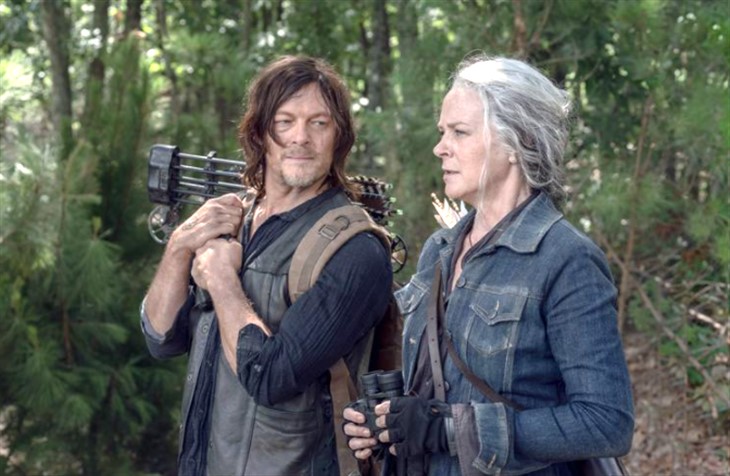 The Walking Dead spoilers and updates asks are you eager for more excitement from the perilous world of the zombies? You are about to get lots of it intertwined with betrayal, intrigue, lies, and suspense.

Fans of the AMC series, The Walking Dead, would have be thrilled at the trailer video which popped up at the final episode of season ten that revealed that there will be the eleventh season. But when is the start of the eleventh season?

In a statement by the main executive producer of the popular zombie series for a third year running, Angela Kang, she said the date for the premiere of the eleventh season has been slated for the 22nd of August, 2021. This is in contrast to the normal premiere month of October for past seasons. The change can be explained by the rampaging effects of the coronavirus pandemic.

Angela promised fans of the series that the upcoming eleventh season will be full of mouth-watering action, suspense, intrigue, and lots of zombies uniting to form a coalition against their enemies, the Whisperers.

This eleventh season will the final season of The Walking Dead series, after the first season premiered over a decade ago, on the 31st of October, 2010.

This was confirmed by Sarah Barnett, President of AMC Studios And Entertainment, when the show was renewed for another season on the 5th of October, 2019. . She said that they were proud to be a source of entertainment to millions of people for over ten years, and promised an engrossing end to the series.

Filming for the eleventh season of The Walking Dead commenced on the 9th of February this year and will be made up of 24 episodes. Most of the content for the season based on the episodes of the popular Comic Series that happened between 175 to 193. The announcement that the eleventh season will comprise 24 episodes instead of the usual 16 episodes of prior seasons was made known by the producers on the 9th of September last year. The Walking Dead series is adapted from the Image Comic books developed by Charlie Adlard, Tony Moore, and Robert Kirkman.

They have been successful spinoffs of the series, with The Walking Dead: The World Beyond, running for two seasons. Another spin-off from the franchise, Fear The Walking Dead, has been a successful venture, as it has been recently renewed for a seventh season.

However, there is more to come out of The Walking Dead franchise, as fans will be thrilled to know that a spin-off of life between Darol and Carol is been planned for production in the future.

Fans of The Walking Dead can start watching the eleventh season of the series from Sunday, August 22, at 9 pm, on the AMC Network. Early streaming of the show is available to subscribers of AMC+.