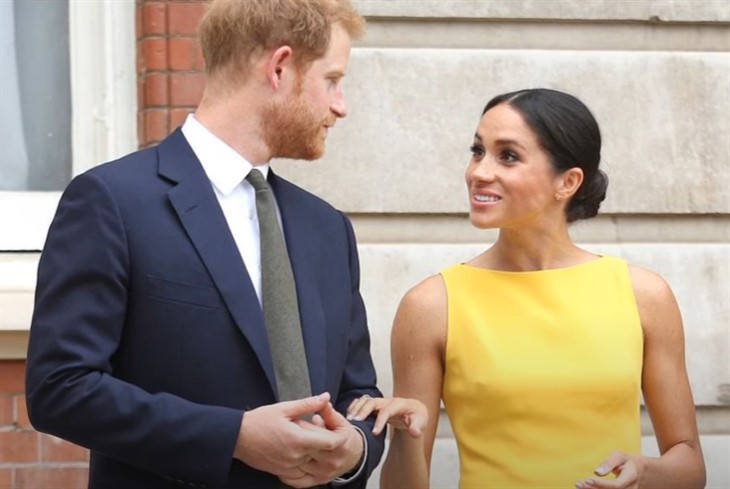 British Royal family news reveals Prince Harry and Meghan Markle, The Duke and Duchess of Sussex have gotten their first go-ahead order to develop an original series for Netflix, Heart of Invictus, a documentary that is set around the Invictus games. The deal is coming just six months after the couple signed their famous multi-million dollar deal with Netflix, a move that they said helped them beat their financial crisis when they were “allegedly” left with no financial support from the Royal Family.

Prince Harry And The Invictus Games

It seems that Prince Harry has chosen something that’s not only dear to his heart but also something he’s been previously involved in. He knows the Heart of Invictus very well and has long supported it. According to reports, the Prince played a major part in setting up the game.

“The Duke and Duchess of Sussex and the Archewell Productions team are building an ambitious slate that reflects the values and causes they hold dear. From the moment I met them, it’s been clear that the Invictus Games hold a very special place in their hearts, and I couldn’t be happier that their first series for Netflix will showcase that for the world in a way never seen before,” Ted Sarandos, Co-CEO and Chief Content Officer for Netflix, commented about the deal.

The royals are certainly keeping busy with a lot of engagements on their plate right now, okay, royal life and its duties may be in the past for them, but they are by no means taking a break. They’ve got deals with Netflix to produce children films, documentaries, feature films, scripted shows and so on, and a Spotify deal that requires them to make podcasts for the brand, add that to Prince Harry’s new job to work for a mental health start-up company in Silicon Valley, California, and you’ll know the royals are doing so well in business. And they’re just beginning.

The couple wants to use their Archewell Audio to elevate people’s voices, especially those that aren’t being heard. They also want to inspire and make sure people get to engage in meaningful conversations.

The Invictus Games are an international event that features multiple sports and sees military personnel who are casualties of war and have lost something physical in a war compete with each other. The games are held biannually, with the last one being held in 2018.

The documentary will follow a group of competitors – all service members who’ve suffered life-changing injuries or illnesses – as they compete in the games that were rescheduled from 2020 to 2022. It will go behind the scenes to show people the spirit and resilience behind the humans who’ve lost something great but continue to move on.

“Since the very first Invictus Games back in 2014, we knew that each competitor would contribute in their own exceptional way to a mosaic of resilience, determination, and resolve. This series will give communities around the world a window into the moving and uplifting stories of these competitors on their path to the Netherlands next year.

As Archewell Productions’ first series with Netflix, we are in partnership with the Invictus Games Foundation, I couldn’t be more excited for the journey ahead or prouder of the Invictus community for continuously inspiring global healing, human potential, and continued service,” Prince Harry said about the new documentary.