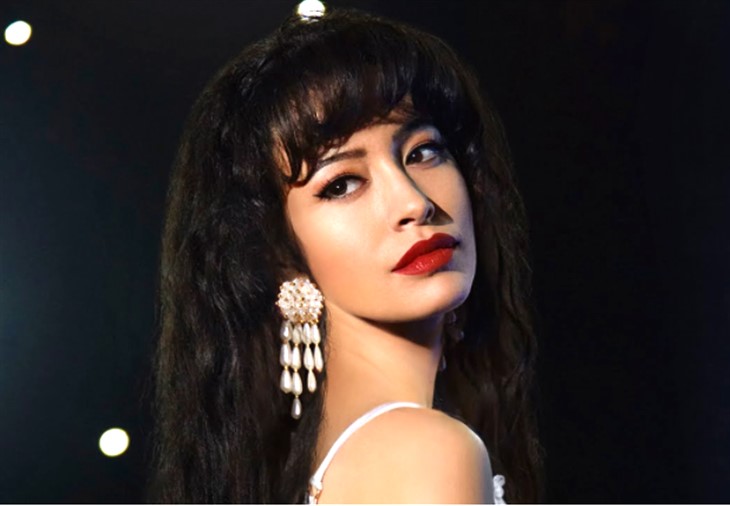 Whoa! It is beautiful news today for lovers of Selena Quintanilla. The show is set to be back for the second part on the Netflix streaming platform this May 2021. TVLine shared the news that the second batch of the series will hit the streaming service earlier than its previously announced date. Originally, the Netflix streaming service announced that Selena’s second part would return to our screens on May 14, 2021. However, it appears fans and viewers of the “Bidi Bidi Bom Bom” have a lesser time to wait for the movie.

Selena News – The storyline of the Series

Following the life of the iconic Tejano songstress – the series was formerly narrated as a movie in 1997 with Jennifer Lopez in the lead role. The world’s largest streaming service version stars Christian Serratos (The Walking Dead) as the Mexican mover and shaker in this part two.

In the first season, the series celebrated Selena Quintanilla’s life from her early years as a child to her renowned singing career. Actress Madison Taylor Baez took the lead role as young Selena with amazing vocals accompanied by an optimistic attitude.

Transitioning from her childhood to her teen life and adulthood, actress Christain Serratos takes over from Madison Taylor Baez. The walking dead alum brought all of Selena’s features from her signature bangs, purple sequined jumpsuit, hoop earrings, and red lips into the new season. For over two decades, the outfit has become synonymous with Selena’s last performance at the Houston Livestock Show and Rodeo at the Astrodome. It was the last concert and tour she ever went on as the 23-year old songstress sadly saw her tragic death a month later on March 31, 1995.

Selena News – Christian Serratos Made Some Revelation About The New Series

Christian Serratos said taking the lead role of Selena’s series has been a lifetime dream for her. For as long as she can remember, she’s been envisioning and fantasizing about being part of the cast members of the beautiful series. Luckily, she got an even higher role for it. In her words, while speaking with Good Housekeeping, she said “as a Mexican girl, I’ve always wanted to be Selena, so the fact that I was getting this opportunity to play her and bring a little bit of her spirit back was so meaningful to me”.

Selena News – About The First Series

The first series garnered over a 25million viewers across the globe in its first 28 days and it only had 9 episodes titled after each song performed by Selena Quintanilla. Some of the episodes/ song titles include “Dame Un Beso”, “Dulce Amor”, “My Love”, and “Que Creias.

Selena News – A Statement From Netflix

Netflix while explaining the details of the second part of the series, VP of Latin American Originals, Francisco Ramos said “fans will get to see how Selena (Christian Serratos) balances family, love, and a burgeoning career”. TVLine also confirmed that the second series details the rigors and years of hard work and sacrifice the Quintanilla family navigate until Selena became the most successful female Latin songstress in history.