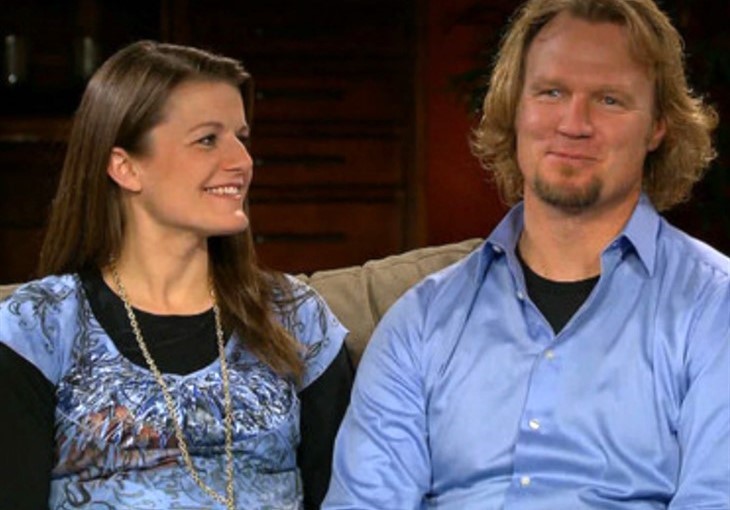 Sister Wives spoilers and updates reveals news reaching the public regarding Kody’s Polygamous home has been circulating. Fan group of sister wives have been showing concern since today and they have been worried, but it seems a divorce may be lingering between Robyn and Kody Brown. The news came attached with a screenshot from a news outlet article – TMZ. For a fact, many of us who follow the TMZ news outlet can vouch to a large percent that their news’s are mostly authentic.

Sister Wives  Spoilers – Kody And Robyn Brown Divorce: Is It a Rumor Or A Fact?

The truth is anyone who comes across the screenshot of the article on TMZ news outlet will undoubtedly believe that Kody and Robyn Brown are going through a tough time. So, is this a fact or a mere rumor? Well, we did our little research from our end and it shows that nothing of such is happening between the polygamous couple (Robyn and Kody Brown) at the moment.

If the divorce rumor were somewhat true, the news would be a huge headline for many offline and online media outlets. Unfortunately, when we Google-searched about the duo, the only news we found reported on Kody and Meri’s struggling relationship.

According to Entertainment Chronicle, Robyn Brown is earnestly wishing that Kody and Meri Brown put an end to their strained relationship. Although the other sister wives paint her as Kody’s favorite, she maintains her stand – that she deeply cares for all of her sister wives. Besides, she doesn’t want the polygamous home to disintegrate.

When the sister wives producer asked Kody Brown if he would take care of his first wife (Meri) if she contracted the COVID-19 virus, he said he would. However, Meri was quick to disprove his statement with a laugh; suggesting that he was lying to the producer.

So Did TMZ News Outlet Report Authentic News About Kody And Robyn Brown?

After the Google-searched news about Kody and Robyn Brown’s divorce came out negative, we did a little digging on TMZ’s website. Surprisingly, news and about the couple’s divorce was nowhere near their website. Nevertheless, there was a doctored screenshot suggesting that Robyn Brown had filed for a divorce and there was an “exclusive” across the top of the headline.

So, as it stands we can affirm that this divorce story was never published on TMZ’s website or any other media outlet. We believe someone just doctored the rumored screenshot to look original to destabilize sister wives fans.