General Hospital (GH) Spoilers: Cameron Our Of Control, Will He Lose Both Josslyn And Trina? 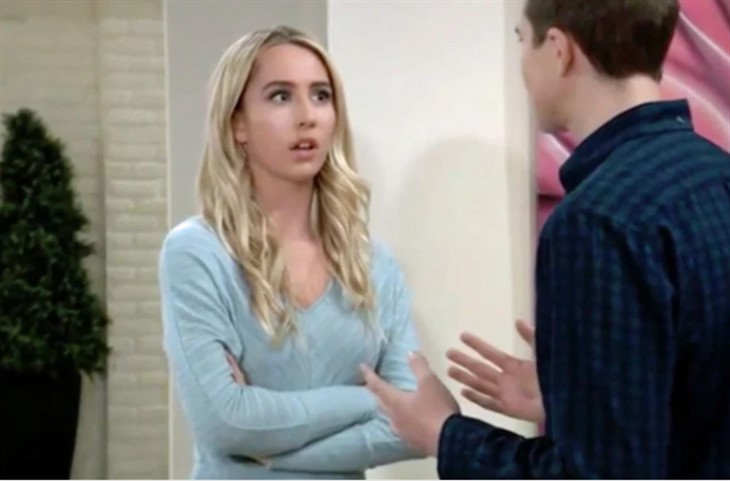 Cam has good reason for his belief. After all, his own mother, Elizabeth Webber (Rebecca Herbst) arrived at the scene just in time to see Jason kneeling over Franco’s body. To make matters worse, an eyewitness has come forward saying that they saw Jason dispose of the murder weapon. Despite all of that, Jason is truly innocent.

General Hospital Spoilers – Cameron Webber Is Spiraling Out Of Control!

But Cameron isn’t aware of that. As far as he is concerned, Jason is guilty and needs to be punished. He’s angry and lashing out at the people who love him. If he’s not careful, even his closest friends might be in his line of fire. Cameron says things before he thinks them through and it seems entirely likely that it won’t be long before he rips into Josslyn or Trina. But will he say something that he won’t be able to take back? Josslyn, in particular, might be put off by Cam’s harsh words

Josslyn will likely find herself caught between Cameron and her own mother, Carly Corinthos (Laura Wright). As viewers know, Carly and Jason have a very close relationship. Of course, Carly knows that Jason didn’t murder Franco and will likely be able to convince Joss of that fact as well.

But if Joss tries to convince Cam that Jason is innocent, Cameron might very well lash out at her as well. He could end up saying things that would tear their friendship apart. . Trina might find herself caught between her two best friends. She won’t want to take sides, but it’s easy to see a scenario where Cameron tries to get Trina to take sides. And with the way Cameron is behaving, Trina might have to choose Josslyn over Cameron. But hopefully, it won’t come to that.

Can Cameron, Josslyn, and Trina’s friendship survive Cameron’s anger with Jason Morgan? Could Cameron accidentally insult Carly before he realizes what he’s said? Will Trina be forced to take sides? And if so, who will she pick? Friendships are a vital part of life in Port Charles, so stay tuned to General Hospital airs weekdays on ABC. And don’t forget to check back right here regularly for all your General Hospital news, information, and spoilers!