Bless The Harts Cancelled By FOX 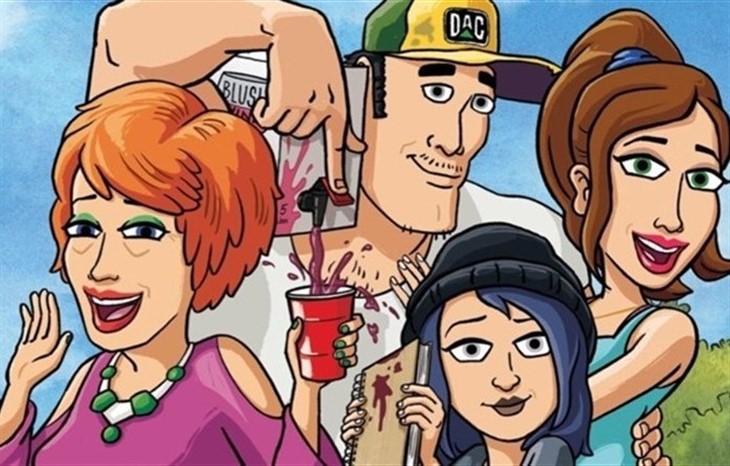 Bad news for Bless the Hart fans. Sadly, reports reaching us from TVLine explain that the comic animation (Bless the Harts) would not return for its third season on Fox. Nevertheless, the broadcasting station will air the comic’s season 2 in its entirety until its expected season finale in May 2021.

From the first season which debuted on the Fox Broadcasting company on September 29, 2019, to the second season, Bless the Harts comic animation has averaged a 0.46 demo rating and has garnered 1.3 million total views each week since it started airing on Fox channel.

The comic animation created by Emily Spivey (Saturday Night Live) revolves around the daily exploit of a working-class family (the Harts). Although rich with friends, family, and laughter, they struggle with their daily finances. Bless the Harts narrates the perfect story of the life of a single mom, Jenny, her daughter, boyfriend, and mother – all residing in a fictional town of Greenpoint, North Carolina, USA.

For Jenny, she is a single mother and a waitress hoping to achieve that luxurious American dream for her daughter and mother.

Talk about Jenny’s mother (Betty), she is an obsessed lottery-scratcher always at logger’s heads with Jenny at every slightest opportunity she gets.

Violet (Jenny’s daughter) – a very witty and creative gift perfectly carved out for Jenny to soothe her worries since her birth.

Now we have Wayne Edwards here – a very doting and optimistic boyfriend that has stayed with Jenny for over 9 years. A surrogate father to Violet, a dreamer who has never given up the fight for success since his relationship with the single mother kicked off.

The comic animation is a co-production of Fox Entertainment and 20th Television. It was executively produced by Emily Spivey alongside Christopher Miller, Phil Lord (Lord Miller Production), Andy Bobrow, Seth Cohen, and Kristen Wigg. The animation production of the American adult sitcom was handled by Titmouse Incorporation in conjunction with overseas animation services – Yearim, and Digital eMation in Seoul, South Korea.

Bless The Harts Cast And Their Roles

Blue Bloods Spoilers: Jamie And Eddie Have Issues To Work On Before Thinking About A Baby #BlueBloodshttps://t.co/QNoBXJUU3Z

Talking about the sitcom and its debut all through the years, the American adult comic drama series – which was the first production of Emily Spivey, was first premiered on September 29, 2019.

Then, it was renewed for its second season with 21 episodes to show for it on September 27, 2020. For the third season, many fans of the series were anticipating its debut, but sadly it is canceled. We are hopeful though that everything works out perfectly at the end for the production team, voice casts, and fans as well.