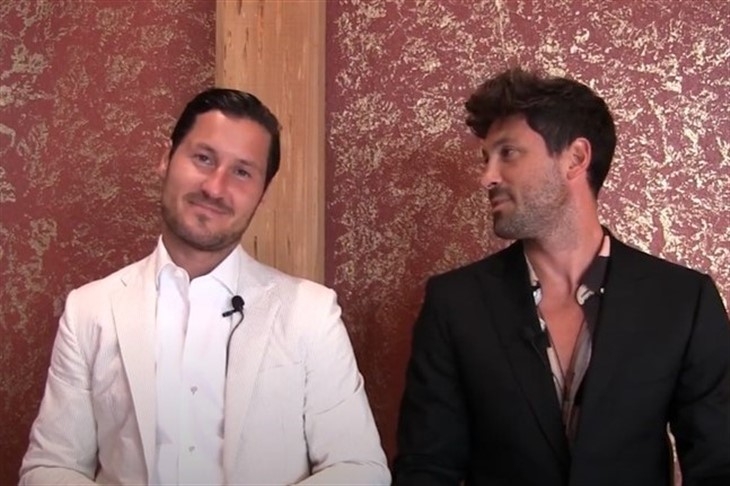 The Chmerkovskiy brothers have shared a piece of sad news with their fans. The 2021 tour has been canceled due to the novel coronavirus. The brothers planned the tour for their fans with the thought that the world would be have been better following the 2020 pandemic but it seems otherwise. The acclaimed dance duo had planned to bring their third nationwide tour to fans. Maks had said they were excited that the whole family is coming together to bring the tour to their beloved fans.

Chmerkovskiy Brothers News – The Tour Cancellation Has Been Confirmed Online

The brothers took to their Instagram accounts to announce the cancellation of the tour, the tour page also carries the announcement.

Maks and Val expressed their sadness over the cancellation of the tour saying they love what they do, the stage is their second one, and their fans, their extended family.

They said as they had waited so long to decide the tour, with the hope that there would clarity and the direction would be clearer to make it possible. They confirmed that there has been much progress made, thankfully, but the tour is supposed to take them to over 50 different cities around the nation with a lot of different safety restrictions put in place, but the safety of their crew, cast, and fans is their number one priority.

The brothers confirmed in their post that tickets have been refunded immediately, giving hope to their fans who have purchased tickets in advance.

They expressed gratitude to their fans for the dedicated support and love; saying they should stay safe and healthy as they await the brothers’ return to the road.

The brothers have put in a lot of effort to give their fans an amazing time during the tour. They have been promoting the tour heavily and were hoping it would relieve the 2020 stress off their fans. Part of the preparations for the tour was provision for their wives, Peta Murgatroyd and Jenna Johnson to accompany them this summer.

Maks and Val are probably stressed out from canceling the tour. However, they just want to do what is right for their cast, crew, and beloved fans. Even with the tour cancellation, they have other projects slated for 2021, to keep them busy.

To begin with, ABC Dancing with the Stars Season 30. Though the pro cast list is not out yet, a lot of fans are speculating that Val, Peta, and Jenna would be competing as they are expecting to see them on screen this fall. Mak has said he has no plans to come back to Dancing with the stars as he has just recently competed on The Masked Dancer.

Fans are sad they would not get a chance to see the famous dance brothers on stage but be rest assured, you can keep up with them on their social media pages. Also, you can catch up with the dance family on DWTS and get to see how their fall is going.