The Masked Singer Fans Worry As Crab Nearly Unmasked Himself 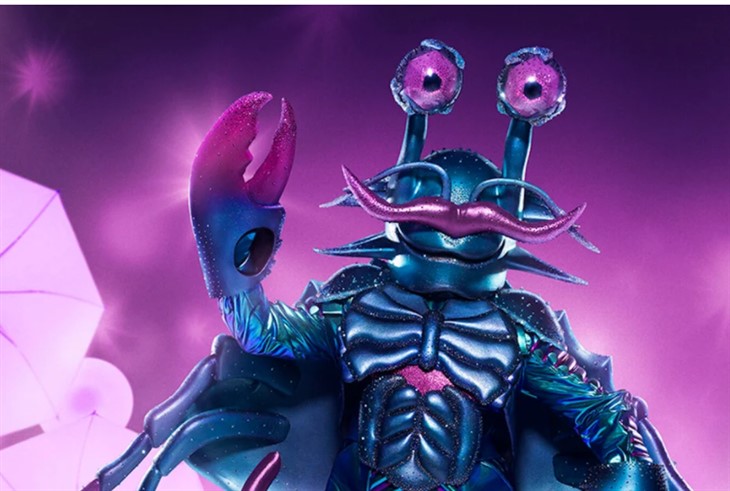 The Masked Singer fans nearly experienced a deja vu moment with the Crab on Wednesday night. He overheated and literally begged the stage crew had to take his mask off. Well, fans saw something very similar with Mickey Rourke in Season 4. Recall, he removed his mask ahead of voting. However, fans seem a lot more concerned for Crab, suspected to be Bobby Brown.

Crab came into the show as a Wildcard. However, he very nearly revealed himself after he sang “Give It To Me Baby” by Rick James. Seeming very distressed after a robust performance, he asked for help, saying that he had to get the mask off now. He genuinely seemed very upset and said he overheated. Fortunately, he made it backstage without revealing his face as Mickey Rourke did. Recall, when Mickey eliminated himself, fans howled with outrage when he appeared as the Gremlin.

The Masked Singer episode where Mikey Rourke eliminated himself seemed deliberate and pre-planned, MIckey also claimed he got hot under his mask, but fans didn’t believe him. In fact, they heard him joke about how he was “just in the neighborhood.” So, fans slammed him and the production team. However, fans worry about Crab who also struggled with the heat,

Fans Express Their Concern For Crab

Crab took a break on The Masked Singer but later emerged and nobody saw his identity. So, fans feel happy about that, But on Twitter, many people hoped that he’s okay. Most people think Bobby Brown is under the mask, One person commented, “Whoever in the #crab mask I hope ur breathin is ok.” Another concerned fan also spoke about it saying, “Soooo…I think the Crab is Bobby Brown! #themaskedsinger…he got off stage cause he can’t breathe. I hope he’s ok!!!”

Well, Crab struggled with breathing, but The Masked Singer contestant also talked about the heat. Covered from head to type in material that didn’t look very breathable, and a giant mask, he obviously felt very unwell. After all, even actors who appear on stage without heavy costumes often complain about the heat under the lights. Perhaps he thought he might end up with heat exhaustion and that’s definitely worth worrying about.

Dancing With The Stars 2020 Spoilers: Nelly Explains Why He Chose DWTS Over The Masked Singer #DWTS #DWTS2020 #DWTS29

The Canadian Center for Occupational Health and Safety talks about heat exhaustion. Actually, the Masked Singer star could have gotten it if he hadn’t cooled down. Often, it comes about when the body can’t get rid of the heat fast enough. You don’t even need to be in the sun to feel the effects, one of which is breathlessness. Simply put, the costume, masks, lights, and intense activity might have made Crab feel really bad. Luckily, people feel a lot better if they change into cooler clothing, rest a bit and drink something cold.