The Young And The Restless (Y&R) Comings and Goings: Reylynn Caster’s Debut As Faith Newman 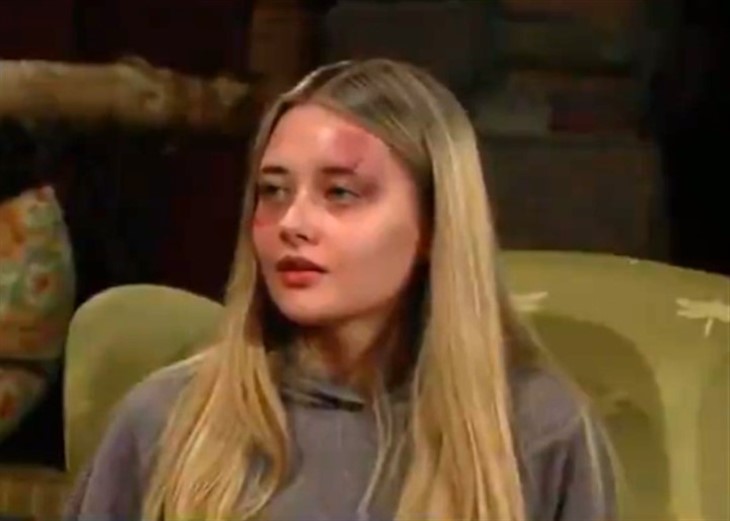 The Young and the Restless (Y&R) spoilers tease that Reylynn Caster hits the ground running when she takes over the role of Faith Newman from Alyvia Alyn Lind on Monday, April 12. A preview clip from the show reveals that the teen is back home after a calamitous drinking and driving accident and she actually confronts one of the bullies behind her torment.

Faith Newman is the daughter of legacy characters Nick Newman (Joshua Morrow) and Sharon Newman (Sharon Case). She takes over the role from Lind who is departing after joining the cast of the series Chucky.

Lind debuted as Faith Newman in 2013 and she has been tapped for a series regular role on Syfy’s horror series.

Caster had a lead role in the 2019 feature Adventures of Dally & Spanky and her television credits include the series Netflix’s The Big Big Show and CBS’ Me, Myself and I as well as ABC’s American Housewife.

She joins the soap at a pivotal time in the character’s life. Faith has been bullied by her peers and when it all gets to be too much she grabs a bottle of booze, steals a truck, and hits the road.

The last straw for Faith was when an anonymous texter claimed to be popular boy Tommy Ross from school. Faith can’t even believe he noticed her and when a new message comes through asking her to tell him she loves him she types, “I love you, Tommy Ross.”

It was a dirty trick and Faith soon learns her text has been posted on social media and she is a laughing stock. She is humiliated to learn it was Jordan (Madison Thompson) who pulled the scam.

Faith is told by Jordan that she’s just a whiner and Faith realizes that Jordan isn’t her friend after all. But it looks like Faith is able to confront Jordan once she is released from the hospital. Poor Faith is bruised and contused after her accident but an explosive show preview reveals that she lets Jordan have it.

What’s next for Faith? Hopefully, she’s back on track and it looks like she and Moses Winters (Jacob Aaron Gaines) become friends.