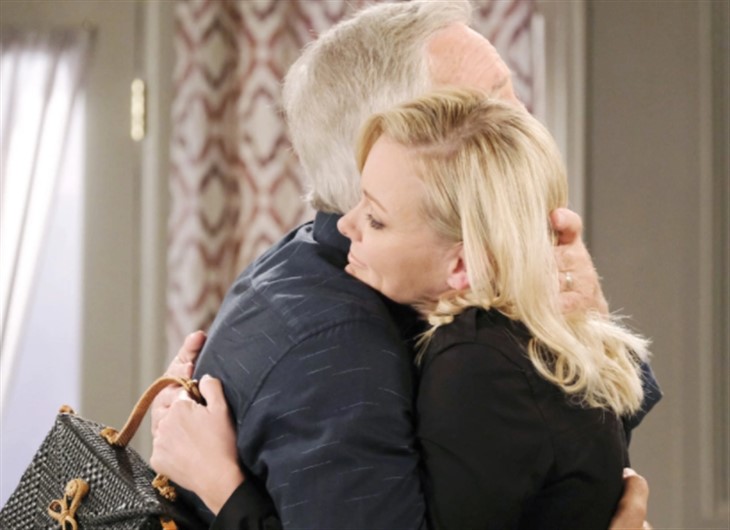 Days of Our Lives spoilers reveal that in Salem Belle Brady (Martha Madison) struck a deal with Jan Spears (Heather Lindell). It was to keep John Black (Drake Hogestyn) out of prison. However, in light of the Charlie Dale (Mike Manning) murder, Belle fears that her father might be dangerous. How does she save her dad while saving Salem at the same time?

Days Of Our Lives Spoilers – Striking Deal With Jan Spears

DOOL spoilers reveal that Shawn Brady (Brandon Beemer) was prepared to slap the handcuffs on Jan. However, Belle took Jan’s threat seriously. She didn’t want her father going to prison. One of the reasons was because nobody wants their loved ones going to the slammer. Another reason is that she still worries about the effects of John’s brain aneurysm. So, Belle made a deal with Jan.

John isn’t happy about Belle’s actions. Even though he understands that Belle was just trying to protect him, he’s willing to go to prison. It’s not just to keep Jan from hurting his family, though. John believes that he might end up going to prison for another crime.

Days of Our Lives spoilers reveal that John fears he might be the person who killed Charlie. The only problem is that he can’t remember what happened after he threatened the rapist. He blacked out and couldn’t tell Marlena Evans (Deidre Hall) where he went afterward. He thinks that it’s possible he could have gone back to deal with Charlie and ended his life. He will have Marlena hypnotize him so they can get to the truth and know for sure what happened.

DOOL Spoilers – Save Dad Or Save Salem?

In the new issue of Soap Opera Digest, Belle is torn between saving her father and saving Salem. She feels that there is a real possibility that her father is a danger to himself or others. Madison explained,

“She’s worried that there’s still more damage from his aneurysm, and she wants to be there to protect her dad. She’s also worried that he’s a danger to himself or someone else.”

Right now, Belle doesn’t know about John’s concern. She walked in during John and Marlena’s conversation about it. However, they changed the subject and didn’t put anything else on Belle’s shoulders. Eventually, Belle is going to find out, though. It will put even more stress on her. Plus, she is confronted by Rafe Hernandez (Galen Gering). We have to wonder if it’s about Jan, or if it could be regarding Charlie.

Do you think John could have killed Charlie Dale? Does Belle Brady have a reason to be concerned about her father being dangerous? We will have to keep watching the NBC soap to find out how this story ends.