General Hospital (GH) Spoilers: Valentin And Anna Take Action Against Peter, But He Turns The Tables 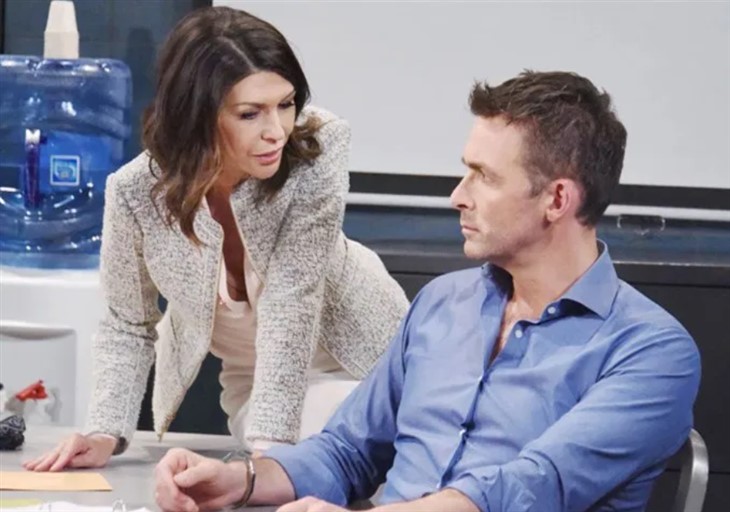 General Hospital (GH) spoilers say Valentin Cassadine (James Patrick Stuart) and Anna Devane (Finola Hughes) will take matters into their own hands as they will kidnap Peter August (Wes Ramsey) in the hopes that they can turn the tables on him. Read on for all of the latest spoilers.

According to the latest edition of Soap Opera Digest, both Valentin and Anna are concerned about the harm that Peter may cause as a free man, and that’s why they’ve decided to take him hostage by stashing him inside Anna’s basement. For Valentin though, he can’t help but feel mixed emotions by this. Because of his affection and connection towards Peter, he doesn’t want anything bad to happen to him, but at the same time, he doesn’t want Peter to do anything bad to anyone else in this otherwise dramatic town of Port Charles.

James Patrick Stuart, who plays Valentin on the hit ABC soap, puts it this way, “He took Peter from his adopted home and took him to Faison, and I think he regretted it almost immediately. To watch Peter turn into his father, Valentin takes it very personally. He wants to spare Peter’s life and he’s trying to buy some time to see if he can get Peter back on the road to redemption.

GH Spoilers – Is Peter August Bluffing Or Telling The Truth?

General Hospital spoilers say that when Valentin gets a little alone time with Peter, he tries to talk some sense into him, but sees that it’s almost impossible. One moment he sees Peter’s brokenness, but the next moment they see his rage. But then suddenly, Peter plays his trump card, while Valentin and Anna can’t help but wonder if he is bluffing. Peter says that if anything happens to him, he will make sure that another person is put in danger, too, and that person is very close. But who is he talking about? Of course, fans will have to tune in to find out all of the action.