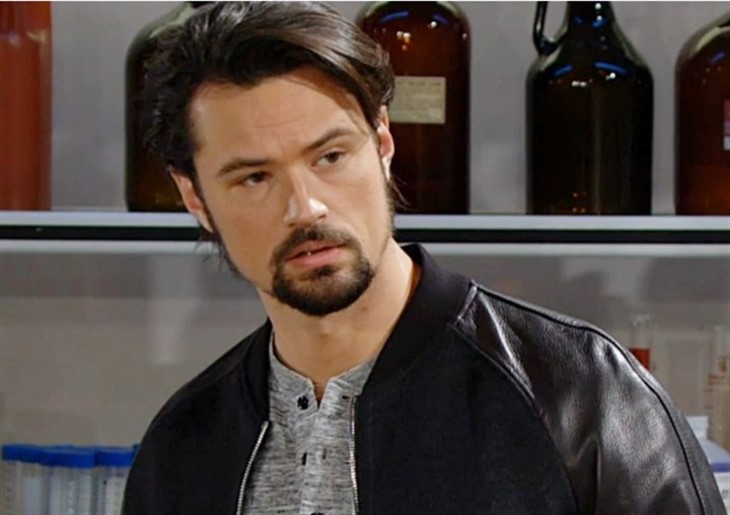 The Bold and the Beautiful (B&B) spoilers say that in Los Angeles Vinny Walker’s (Joe LoCicero) sudden death comes as a shock for Thomas Forrester (Matthew Atkinson) as he can’t believe that one of his most trusted associates – and perhaps friends, too – is gone. Here’s what you need to know.

According to the latest edition of Soap Opera Digest, while spending some time with Hope Logan (Annika Noelle), Thomas gets a phone call to get to the hospital so he can identify a body. Little does he knows that it’s actually Vinny’s body, as he was supposedly struck by a car that Liam Spencer (Scott Clifton) was driving during that one fateful night that left him dead.

The Bold and the Beautiful spoilers say that despite their recent argument over Vinny switching the results of Steffy Forrester’s (Jacqueline MacInnes Wood) paternity test, Vinny was still the one and only friend Thomas ever had, or at least the one that he could trust with all of his shady dealings from the past.

Matthew Atkinson, who plays Thomas Forrester on the hit CBS soap, puts it this way, “Yes, Vinny did the wrong thing for what he thought was the right reason but before that, Vinny tried to be the voice of reason while Thomas was suffering and dealing with his issues. Thomas feels totally alone now because he no longer has anyone he can lean on. Vinny was the last person Thomas felt he could be himself with and now he’s gone. It’s a completely sad situation.”

The Bold And The Beautiful (B&B) Spoilers: Zoe Unable To Change – Paris Suffers As A Result https://t.co/Vz9v0biaa9 pic.twitter.com/BSckLGwYDK

With that said, it will be even worse for Thomas when he finds out the truth about who killed his one and only friend. Let’s just say that the drama between Liam and Thomas is about to reach an all-time high. The truth will slowly but surely come out. Of course, B&B fans will have to tune in for all of the action!