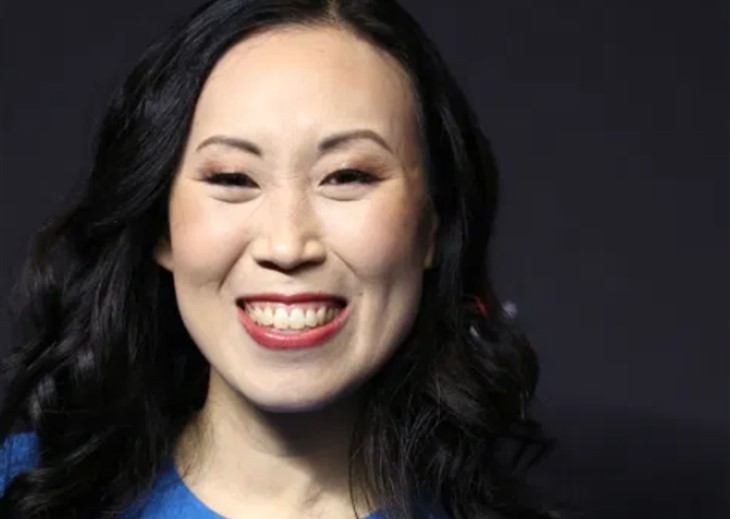 The Walking Dead spoilers and updates reveal showrunner Angela Kang has refused to confirm the speculations of a favorite character returning for season 11 saying: “He’s got so much going on so I don’t know.”

The showrunner was asked whether Steven Yeun could make a comeback as Glenn Rhee, either in a ghost form or through a flashback.

Angela spoke after the finale of its extended season 10 run on Sunday, April 4. The finale focused on Negan’s (portrayed by Jeffrey Dean Morgan) untold origin story following the ‘Here’s Negan’ comic book arc. The latest episode depicted the pre-Apocalypse Negan who later turned out as a bat-wielding bad guy in the series who brutally killed beloved characters.

Ahead of Season 11, Angela responded to Steven’s cameo speculations and told Deadline: “Oh, man. I mean, I love Steven. I don’t know. He’s got so much going on so I don’t know, but you know we always love our Steven.”

Glenn’s character died in “The Walking Dead” season 7, together with Abraham (Michael Cudlitz). Although the past seasons of the series have proven it doesn’t always follow what’s written in its source material, the death of Glenn was revealed to be too important to be replaced. However, the show keeps fans in suspense by different character death plot twists.

Glenn’s death was essential according to “The Walking Dead” creator, Robert Kirkman. Glenn has been with Rick Grimes (Andrew Lincoln) since season 1 and became a trustworthy ally. His death has stimulated the character development of other main casts: Rick and Maggie. Losing Glenn was the fuel that Rick used to grow his hatred towards Negan and advance his revenge plans to defeat the Saviors.

Now that the latest season has followed a Negan-centric theme, fans are wondering if the film will backtrack with including Steven’s whereabouts in the next series.

The Walking Dead News – Steven Yeun In The international Limelight

After playing Glenn Rhee for years, Steven Yeun has entered the international stage after working with some renowned Korean filmmakers.

He has starred in films like “Okja,” “Burning,” and his latest was with “Minari.” “Minari” is a Korean-American film that was nominated in the category for Best Motion Picture – Foreign Language for the 78th annual Golden Globe Awards. Steven Yeun starred in the movie as Jacob, an immigrant adjusting to American life with his family.

Back to Angela Kang’s answer, she also mentioned Steven’s role in “Minari” saying: “I’m so excited for him. Minari is such a gorgeous movie, and he deserves all the recognition he is getting.”