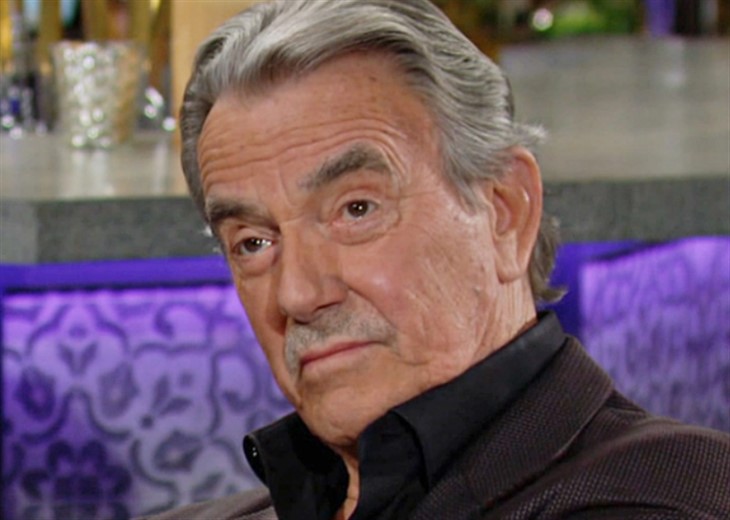 The Young and the Restless (Y&R) spoilers say that in Genoa City, Wisconsin Victor Newman (Eric Braeden) is doing what he does best, and that’s taking matters into his own hands. The Newman family patriarch is confronting Chelsea Newman (Melissa Claire Egan) as he is determined to get the truth out of her in order to clear Adam Newman’s (Mark Grossman) name. Read on for all of the latest spoilers.

According to the latest edition of Soap Opera Digest, over at Adam’s place, Chloe Mitchell (Elizabeth Hendrickson) is worried that Chelsea’s plan to bring down Adam could backfire on them all. After all, it’s surely happened before. Yet, Chelsea tells her to relax, as she’s got everything under control. Or at least, that’s what she thinks.

Melissa Claire Egan, who plays Chelsea on the hit CBS soap, puts it this way to the publication, “Chloe is getting very frustrated with Chelsea. Chloe is like, ‘What did you get me into. I have children. I could be in so much trouble if we are caught.”

However, The Young and the Restless spoilers say that Chelsea will get a surprise visitor in the form of Victor Newman. Of course, Chelsea is unaware of what Victor’s intentions might be and what he’s doing there, but she thinks that her con artist past is really helping her out here. She plays dumb with Victor and tells him that the only thing she is focused on is her recovery.

Yet, Victor really comes after Chelsea but she sticks to her story and she keeps on telling him that she doesn’t know what he is talking about. For Victor, he knows that it’s now a mouse and cat game but it’s one that he certainly won’t let her get away with. Either way, someone is going to crack first. Of course, fans will have to tune in to find out what will happen next!