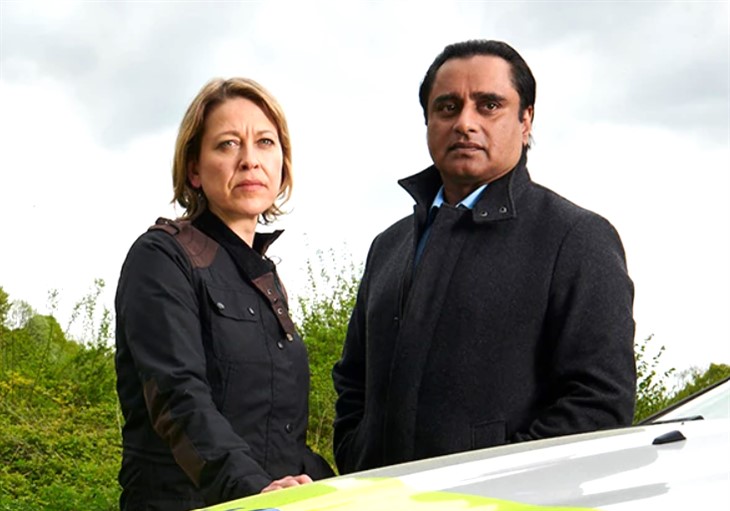 “Unforgotten” fans are still reeling from the season 4 finale’s heart-breaking plot twist following the tragic end of DCI Cassie Stewart (played by Nicola Walker). Viewers were clueless as to the intensity of the twist that led to the death of the major character until the series 4 final episode was broadcasted on March 29.

While it’s hard to imagine the show without the iconic DCI Stewart, her colleague Sunny Khan (Sanjeev Bhaskar) will helm the detective drama series in its upcoming fifth season with a different partner and a new unsolved cold case, ITV has confirmed.

The major character passed away due to a brain injury in a car crash. The latest installment caused fans to flood with tears with its numerous tear-jerking scenes, one of which is Cassie’s father Martin’s (Peter Egan) highlight. In the scene, Martin hurried outside the hospital and stayed on a bench outside the building. While listening to an old voicemail his daughter left on his phone, he choked up at the sound of her saying “I love you so much”.

Jessica Simpson Believes Her Father is Going Through a Gay Phase

Following the latest episode, the broadcaster released a statement on Twitter thanking Nicola Walker for playing the ‘brilliant role of Cassie Stuart’ in four series. The post continues as reads: “Nicola and writer Chris Lang decided that Cassie’s story would come to an end last night, but that Unforgotten would continue, in series five, with a new case, and a ‘Partner in Crime’ for DI Sunny Khan.”

In a tweet, Sanjeev Bhaskar shared he was delighted by the series’ return and mentioned how proud he is of Nicola, her friend, saying that she is a treasure.

The actor wrote in his post: “Delighted @ITV has recommissioned @Unfofgotten TV & more of @ChrisLangWriter’s fab writing. I’ll continue to watch and learn from #NicolaWalker as I’ve done these past five years, glowing with pride as my friend excels in everything she does. She’s a personal and national treasure.”

The series’ seasons 1-4 landed on ITV in 2015, 2017, and 2018. However, as the pandemic wreaked havoc, it caused a huge gap of more than two years between seasons three and four due to filming delays.

Yet, surprisingly this fourth series marked a record-breaking season of its first five episodes have averaged 7.5 million viewers, which resulted in an increase of 1.6 million viewers and 26% on the last series.

ITV has not yet dropped the premiere date of the fifth season, but viewers are hoping the pandemic won’t delay the production plans yet again.