The Bold And The Beautiful (B&B) Spoilers: Don Diamont Explains Bill’s Logic, Why Cover-Up Is Only Option 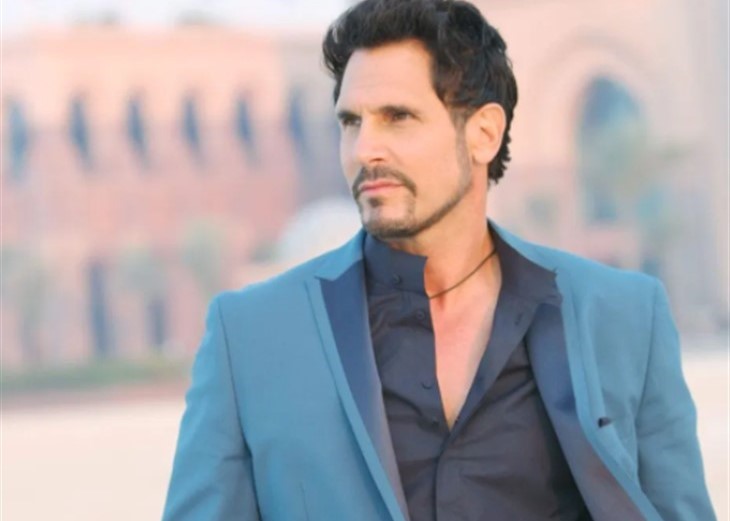 The Bold and the Beautiful (B&B) spoilers reveal that Bill Spencer (Don Diamont) is convinced he has to jump in and save Liam Spencer (Scott Clifton). While fans know the cover-up will blow up in their faces, Diamont explained Bill’s logic. Why does he feel that the cover-up is the only option? The truth always comes out in the end and he could just make things worse for his son.

The Bold And The Beautiful Spoilers – Liam Spencer’s Accident

B&B spoilers reveal that Liam thinks he killed Vinny Walker (Joe LoCicero). Even though it appears that way, it has been teased by both Diamont and head writer Bradley Bell that it’s not as it seems. Immediately, Bill jumped into action and took it upon himself to cover up the hit-and-run. Liam really had no choice in the matter because he fainted. However, he did have a choice to go to the police when he regained consciousness. He’s a grown man and can walk out of that house or call the police.

Even though it seems that Liam struck Vinny with the car, it would be considered an accident. The only problem is that out of all the people in Los Angeles, Liam just happened to hit the man who destroyed his life. Police might be suspicious and would look more deeply into the tragedy. However, the truth usually comes out in the end, especially with all the advances in forensics these days.

The Bold And The Beautiful Spoilers – Don Diamont Explains Cover-Up

Speaking to Soap Opera Digest, Diamont explained why Bill thinks a cover-up is the only option for Liam. The actor mentioned all the people that get convicted and sent to prison for crimes they never committed. Due to Liam and Vinny’s history and the recent paternity test switch, Bill truly fears his son will go to prison.

“Bill chooses to err on the side of caution. All one has to do is look at the poor souls who have been inadvertently or unjustly put in prison who are serving time for something they did not commit. When it comes to [Liam and Vinny], there is bad blood there. There is history. There is a significant motive, certainly in the hands of a skilled prosecutor. One could make a very strong case that what Liam did was intentional, and that is Bill’s concern. He doesn’t want to roll the dice with his son’s freedom… or his life.”

However, Liam’s guilt is one thing but what happens when an innocent person is accused of murder? Everyone is going to be shocked by Deputy Chief Bradley Baker’s (Dan Martin) prime suspect announcement. Even Thomas Forrester (Matthew Atkinson) will be stunned, so we don’t think he’s accused of killing his best friend. What if the accused is someone Bill or Liam cares about deeply? Perhaps Brooke Logan Forrester (Katherine Kelly Lang) or even Hope Logan (Annika Noelle)? We will have to keep watching the CBS soap to find out.