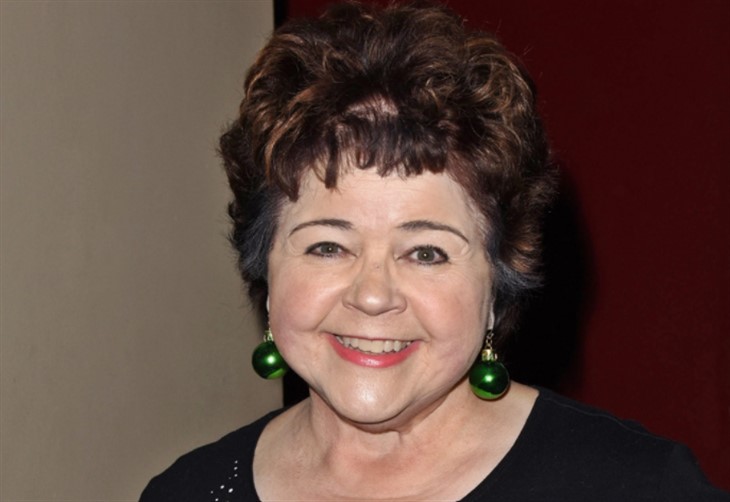 The Young and the Restless (Y&R) spoilers say that there was no one more surprised than herself when Patrika Darbo received that all-important phone call from the producers of Y&R asking her to come on the show to play Sally Spectra’s (Courtney Hope) grandmother, Shirley Spectra. And while she was certainly surprised by the call, she said yes almost immediately. That’s because she would never miss out on an opportunity to get back to her daytime television roots! Here’s what she has to say.

Speaking to the latest edition of Soap Opera Digest, while Patrika absolutely adores actress Courtney Hope, the same can’t be said about their on-screen characters. Patrika will reprise her role as Shirley Spectra, but instead of going back to the fictional town of Los Angeles that her character is from, she is headed to Genoa City instead. And it’s a good thing that she’s meeting up with Sally in Wisconsin because boy Shirley could sure use her in her life right about now.

Clearly, not much has changed since the last time we saw Shirley, as she’s still the same schemer she once was before. Patrika puts it this way, “Basically Sally and her grandmother are schemers and manipulators. As far as they are concerned, if you allow yourself to be manipulated by then, then too bad. Shirley wants to make sure that Sally is well taken care of, but she’s also, ‘What’s in it for me?’ Shirley was once living pretty well on B&B but now she’s stuck at a bakery in Texas and doesn’t want to stay there. Shirley values who her granddaughter is and wants to make sure that Sally is always taken care of.”

The Young and the Restless Spoilers: Sally's Heart Hurting But Jack Takes Her Back, Love Blooms #yr #youngandrestlesshttps://t.co/GZcdRJEBey

Y&R Spoilers – What’s In It For Shirley Spectra?