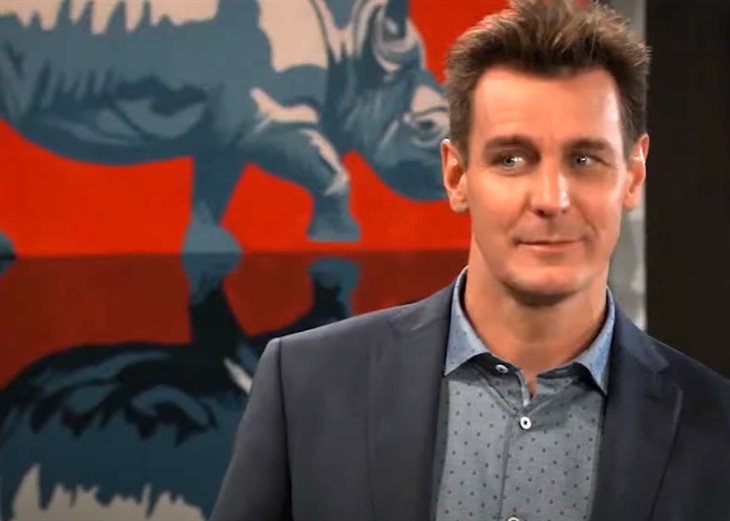 General Hospital (GH) spoilers and updates reveals Jasper Jacks AKA Jax (Ingo Rademacher) is concerned about the ones he cares about. He is worried about his ex-wife and friend Carly Corinthos (Laura Wright). Carly is dealing with different problems because her husband Sonny Corinthos (Maurice Benard) has been declared dead. Sonny and Cyrus Renault (Jeff Kober) had been engaged in a conflict over their criminal organizations.

Cyrus wanted to bring his organization into Port Charles but Sonny and his right-hand man Jason Morgan (Steve Burton) were trying to deal with Cyrus. Now Carly has been trying to figure out what to do to protect Sonny’s organization. She took Cyrus’ mother Florence Grey (Annie Abbott) for leverage in order to keep the peace with Cyrus. Jax is concerned about his daughter Josslyn Jacks (Eden McCoy). She is his daughter with Carly. Jax knows that the more that Carly does to deal with Cyrus the more danger she faces.

General Hospital (GH) Spoilers: Valentin And Anna Take Action Against Peter, But He Turns The Tables

Jax has been trying to lend his support to Carly ever since Sonny has been gone. Carly was getting the protection that she needed from Jason. However, Jason has been framed for killing Franco Baldwin (Roger Howarth) by Cyrus and Peter August (Wes Ramsey). Jason has been sent to Pentonville Penitentiary until his trial. Carly does not know if she can take care of her family without Jason.

She is working with Anna Devane (Finola Hughes) and Valentin Cassadine (James Patrick Stuart) to see if she can clear Jason’s name. Carly has had some encounters with Cyrus and Peter ever since Jason went to jail. Jax does not want Carly to put herself in danger. He is concerned that Carly has Cyrus’ mother. Jax may have to do something to protect Carly if Cyrus decides to come after her because she has his mother.

Jax loves his daughter. He wants her to be safe. Jax did not always agree with Sonny but he did believe that Sonny could keep Joss safe. He felt the same way about Jason. Now with both of them out of the picture Jax is unsure if Carly can keep Joss safe. Joss just got injured in an accident while she was playing volleyball. She is under much stress because she is concerned about Carly and wanting to get into a college out of Port Charles. Jax does not want Joss to take any unnecessary risks. He would want to take Joss out of the country to his home in Australia. However, Joss wants to stay to help Carly.