The Bold And The Beautiful (B&B) Spoilers: Hope Tells Thomas That Liam Is A Killer, Recalls Death Threats 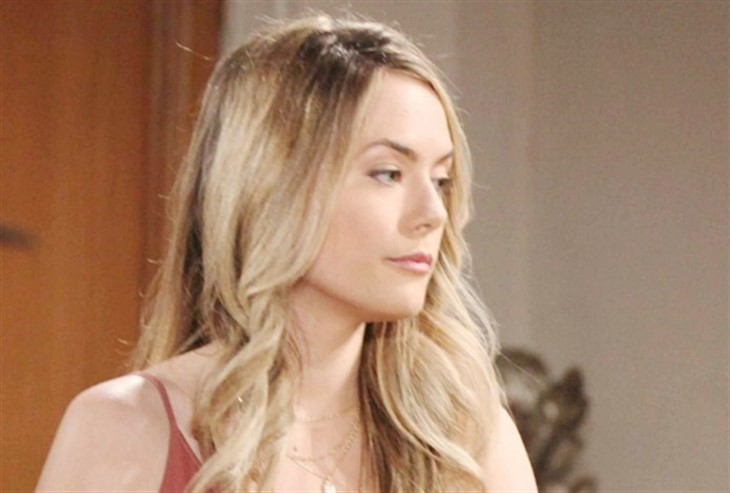 The Bold and the Beautiful (B&B) spoilers reveal that everyone will be shocked by Vinny Walker’s (Joe LoCicero) death. Before the police announce its murder, Hope Logan (Annika Noelle) brings up the possibility to Thomas Forrester (Matthew Atkinson). She betrays Liam Spencer (Scott Clifton) and exposes his death threats, implying her husband might be a killer.

B&B spoilers reveal that when Liam found out that Vinny was behind the paternity test switch, he reacted with rage. His emotions were understandable. Viewers could even empathize with Liam saying he could kill Vinny. After all, people say they could kill people all the time but never actually do it. However, Hope had a concerned look on her face, which led fans to predict that Liam would be involved in the murder mystery.

The Bold and The Beautiful Spoilers: Strange Behavior

Since those death threats, Liam has exhibited other behavior that Hope finds odd. She told Thomas that she knows her husband and something is “off.” She will also realize that something doesn’t feel right about Liam canceling their lunch date. It happened the same day as Vinny’s body was found. Now that Bill Spencer (Don Diamont) has ordered his son to keep his mouth shut, Liam will really struggle with the secret. He will act in ways that Hope finds strange and she will start to connect the dots.

The Bold and the Beautiful spoilers reveal that the weekly promo shows Hope approaching Thomas. She tells him that Vinny’s death might not have been an accident. Thomas asks her why she thinks that and she is conflicted. Does she reveal everything that suggests Vinny was killed by Liam, including his strange behavior? Or does she keep quiet?

The Bold And The Beautiful (B https://t.co/3oQAkx9Jp5 #BOLD #BB #BoldAndTheBeautiful

The Bold And The Beautiful Spoilers: Death Ruled A Homicide

After Hope tells Thomas that Vinny’s death was no accident, it will be ruled a homicide. That will make Thomas and Hope wonder if Liam really could have murdered Vinny. Despite Thomas falling out with his best friend, he still cared about him. They have been friends since they were children, so this will be difficult for Thomas to grapple with.

Hope will probably try to get some information out of Liam. However, due to him keeping this deadly secret, he will just act more guilty. This could lead Hope and Thomas to share this information with detectives. Has Bill dug a hole so deep that Liam won’t be able to climb out unscathed? When Hope assumes that Liam killed Vinny, what will that do to the relationship? Will Hope ever look at Liam the same again?