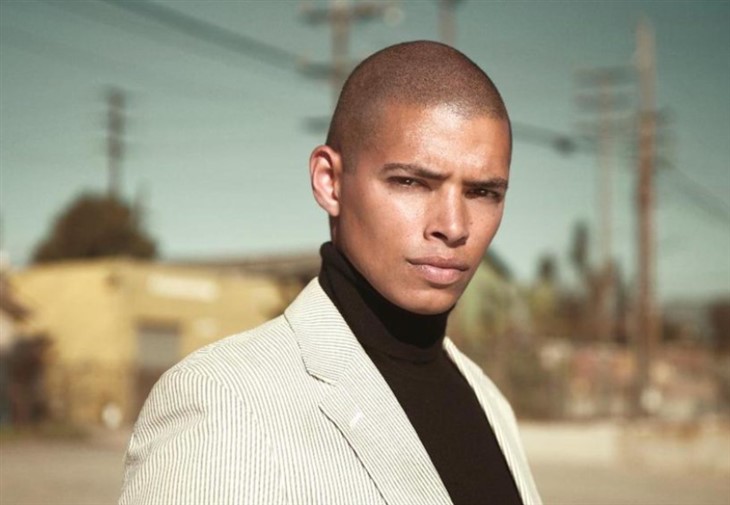 The Bold and the Beautiful spoilers say that if there’s anything we’ve learned about Delon de Metz (Zende Forrester) these last several months, it’s that he’s both ridiculously good-looking and yes, ridiculously handsome, too. But little do fans know that he’s also ridiculously smart as the actor traded in an Ivy League future for one in the soap industry instead. Here’s what you need to know.

In a new interview with Soap Opera Digest, Delon says that it was his mother who had actually encouraged him to persuade a career in acting, but mostly because she thought it would be a good idea for him to use his acting skills to help loosen him up for interviews and public speaking.

And while his family was happy that he was hooked on acting, they also wanted him to go back to school to complete his education. But according to Delon, a twist of fate changed everything for him and his future.

He told the publication, “My mom wanted to have her son be a Harvard graduate and I am happy I was happy to give that to her. But I didn’t want to build a business career.”

B&B News – Delon De Metz Knew Where His Heart Was

Delon went on to say that he knew acting was where his heart was. He said, “I am not a risk-averse person. I like that there are no barriers to entry. I like that it’s extremely competitive and I also like that you win, it’s a big win. Everyone in the world comes here and tries to make it, so every time I booked a job, even if it was one of the smaller ones, it was still a big win for me.”

‘The Bold And The Beautiful’ Spoilers: Bill’s Lies Pile Up – Liam Cracks Under Pressure? https://t.co/6roYWbOJns pic.twitter.com/PtIXwUhWxX

It’s a great thing that Delon choose acting because there’s no doubt that fans are certainly loving the fact that they get to see him each and every day on B&B!