The Young And The Restless (Y&R) Spoilers: Devon Wants Elena Back – Romantic Future in Doubt 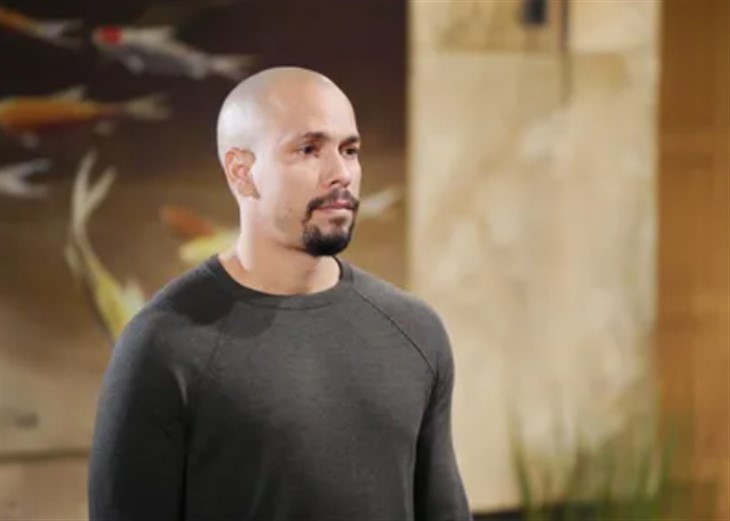 The Young and the Restless (Y&R) spoilers document that Devon Hamilton (Bryton James) didn’t anticipate his current dilemma. But it’s real and not one that will be easy to resolve.

Devon’s love for Elena Dawson (Brytni Sarpy) was real and it still may be as strong. He’s not sure though because of his backstory and the tie it has to the present and potential future.

The Young And The Restless Spoilers – Hilary Hamilton’s Continued Impact

After many years of dating the likable Roxanne (no last name is known for the recurring character that was played by Tatyana Ali), Devon fell hard for Hilary Hamilton (Mishael Morgan). She remains an unequaled factor in his life.

The circumstances that led to their love match were soapy, as Hevon formed while Hilary was married to Devon’s father, Neil Winters (Kristoff St. John). Nilary was ending, but Neil didn’t initially know that because he was blind.

Hilary’s force of nature effect was tremendous. Smart, gorgeous, driven and she kept Devon in line. Hevon was going to have a baby, but Lily Ashby (Christel Khalil) had a tragic car accident while Hilary in her passenger seat.

Devon’s sister, Ana Hamilton (Loren Lott), served as the link to Elena’s introduction. It wasn’t necessarily love at first sight, which established Elevon, or Delena if one prefers as distinct from Hevon.

Y&R built this couple over time but didn’t create an engagement. That was noticeable and winked at Morgan’s return to the cast in 2019, which happened approximately a year after Hilary’s death. Fans wondered if the Devon and Elena coupling was a space filler, which is what both characters were initially considering as well.

Elena helped Devon push through his grief, as the loss of Hilary and their expected first child was profound. He became Elena’s rock and only known meaningful romantic connection. It’s still unclear if Nate Hastings (Sean Dominic) was, is, or will become that.

Elena is still stuck on Devon. Amanda Sinclair (Morgan) thought she was falling in love with him as well. But Morgan’s second character was exploring that feeling when Elena and Devon reconnected, twice.

The Young And The Restless Comings And Goings: A Hot Shot Recast, A Familiar Face Returns & More! #YR #youngandrestlesshttps://t.co/TvaCN77Hxt

As of early spring, Devon can’t make a decision because he hasn’t committed to reconciliation with Elena. That’s because Amanda has put him on hold, which implies that she does have some of her sister’s wise zest.

Devon appears to thrive when the woman he’s in love with sets the ground rules. That’s Elena’s challenge at the moment, as she’s enabled Devon by not imposing lasting consequences.