The Young And The Restless (Y&R) Spoilers: Rey’s A Fool, Believes Chelsea’s Story 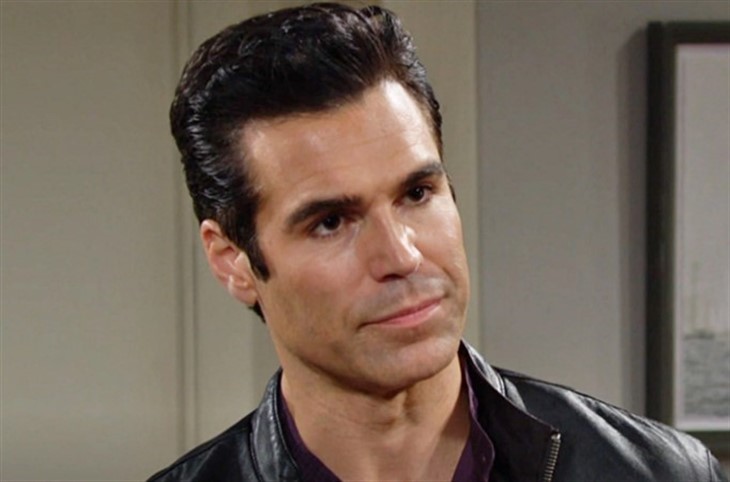 The Young and the Restless (Y&R) spoilers indicate that Rey Rosales (Jordi Vilasuso) will be conned by Chelsea Lawson (Melissa Claire Egan).

After almost losing his life due to poisoning, Rey is out to find answers. Upon discovering evidence linking Adam Newman (Mark Grossman) to his poisoning, Rey is going to make sure he pays. However, his wife Sharon Newman (Sharon Case) believes Adam’s innocence and is trying to convince Rey to investigate Chelsea.

Although Rey is one of Genoa City’s top detectives, he may be dipped by the town’s biggest con artists.

The Young And The Restless Spoilers – Rey Rosales Not Thinking Clearly

It’s obvious there’s a lot of hostility between Rey and Adam. The Newman heir has been a source of contention for Rey and Sharon. After learning about Adam’s past misdeeds, Rey doesn’t understand how Sharon can have feelings for him.

Although Adam’s done plenty of horrible stuff in the past, he’s also had his good moments. Sharon’s been in Adam’s shoes where she’s been judged for her actions. While people have turned their backs on her, she could always count on Adam for support.

Sharon’s connection to Adam remains strong even though they’re with other people. Her friendship with Adam has Rey seeing red. His hatred towards Adam has further increased after discovering he and Sharon kissed.

Although he and Sharon are trying to move on, they’re once again at odds over Adam. Sharon believes Adam’s innocent, while Rey is convinced Adam tried to poison him. Rey would love nothing more than to remove Adam from their lives, and he’s dead set on finding evidence to convict him.

Unbeknownst to Rey, Chelsea is the one responsible for his poisoning and is framing Adam. No one is suspecting Chelsea because she’s still pretending to be paralyzed from her stroke. Yet, with Sharon’s pleas, Rey’s covering all leads.

With Rey investigating the case, Chelsea is going to do whatever takes to cover tracks. Even if it means preying on Rey’s insecurities. She knows Rey’s worried about Adam being a threat to his and Sharon’s marriage, and she’s going to use that for her benefit.

Chelsea’s going to convince Rey that Adam had lots of motives for poisoning the detective. With Rey out of the picture, Adam would be free to be with his true love Sharon.

The Young And The Restless Spoilers: Kyle Finds Courage, Stands Up To Ashland Locke #YR #youngandrestlesshttps://t.co/oSXNh9F3BI

Although Rey is one of Genoa City’s top detectives, he’s looking like a fool in this storyline. He’s so determined to nail Adam, that he’s not even considering the possibility of other suspects. His hatred of Adam is clouding his judgment.

This is going to lead to further trouble for Rey and Sharon, and push her towards Adam. Not only will Rey’s marriage suffer, but also his reputation. When the truth comes out about Chelsea, he’ll realize he made a mistake. He fell for Chelsea’s scheme and came out looking like an idiot.