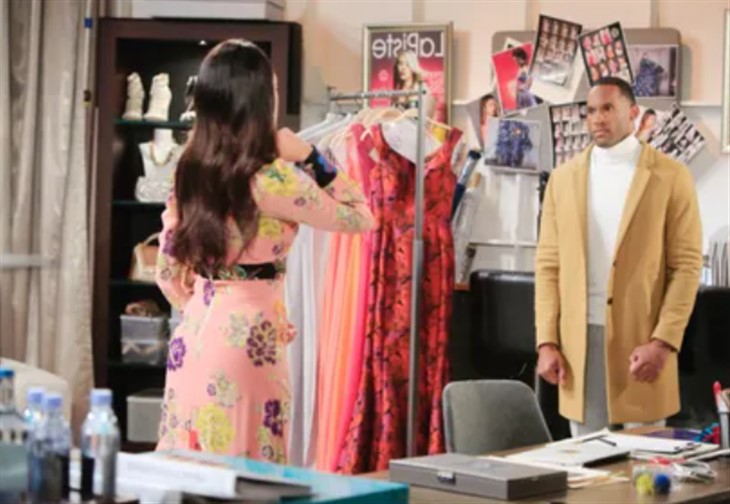 The Bold and the Beautiful (B&B) spoilers document that Carter Walton (Lawrence Saint-Victor) appears to have gotten past his disappointment. He and Zende Forrester Dominguez (Delon de Metz) are friends again.

Zoe Buckingham (Kiara Barnes) is a different consideration. She was Carter’s fiance, who betrayed his trust by repeatedly threw herself at Zende over the course of months.

No one has to give another person a second chance. However, offering a chance at redemption is always the right thing to do, as it can enable the offending party a chance to become a better person. So, Carter’s tell to Zende about missing Zoe and his period of reflection offers a wink at the future on B&B.

The Bold And The Beautiful Spoilers – Carter Walton Pushed Too Hard

Carter opened up to Zoe early on in their relationship. He said that past attempts at securing love hadn’t gone well. So, he’d been hurt and decided to opt-out of the dating game.

The Bold And The Beautiful (B&B) Spoilers: Hope Tells Thomas That Liam Is A Killer, Recalls Death Threats

Zoe hadn’t met Zende when she first caught sight of Carter. She clearly liked his looks and place within Forrester Creations. Those qualities and Thomas Forrester (Matthew Atkinson) humiliating her at Thoe’s supposed wedding ceremony, where Carter was the officiant, led to Carter’s easy formation.

However, Zoe was unsure about marriage. Carter decided that the strength of his love was enough for both of them. That was his hopeful mistake and wasn’t Zoe’s fault.

A mature sibling, who is also an adult, wouldn’t play the type of mean girl game that Zoe did. Yes, she accurately described what happened with Paris Buckingham’s (Diamond White) health drink as being unsettling.

At least Zoe seems to have learned her lesson about manipulating other people’s lives. Quinn Fuller Forrester (Rena Sofer), the eternal rabble-rouser, tried to turn their post-game exchange into a conversation about Zoe’s best interests, which underscored how self-absorbed Quinn remains despite her recent marital problems.

Thankfully, Zoe wasn’t persuaded by Quinn and felt bad about what happened.

The Bold And The Beautiful (B&B) Spoilers: Zende Has Something Major To Say To Carter https://t.co/NPLyRuPJnA pic.twitter.com/SVUoVeCC9Z

Zoe has one major plus in her favor. Carter cares about her. A secondary point is that he’s a good guy and might be willing to explore another relationship with her if boundaries are set and adhered to.

Maybe everything that’s happened will be for the good. Zoe and Carter both learned lessons about themselves and they experienced what an unstable relationship feels like before nuptials are said. So, if Carter agrees to wed, here’s hoping that both people play off each other’s strengths indefinitely.