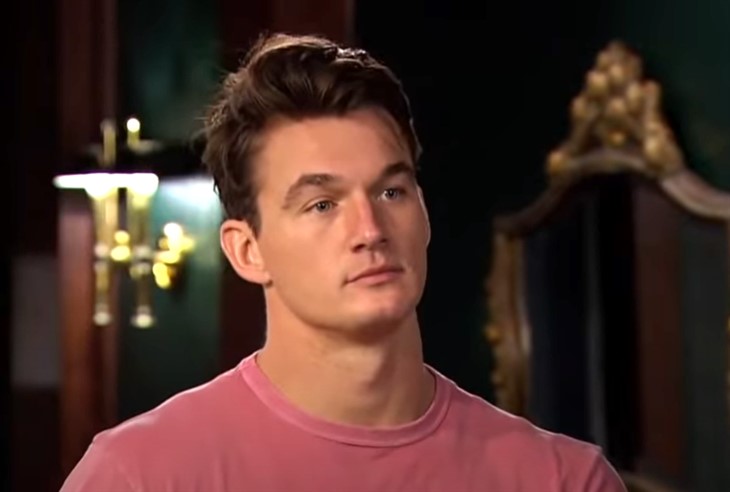 Bachelorette fans thought that Tyler Cameron was so hot, they couldn’t believe that Hannah Brown chose Jed Wyatt over him. Well, for many fans, that left a glimmer of hope that he might notice them on his Instagram. After all, it’ll free to dream. Now he shared a real thirst trap clip, one fan talked about hiding girlfriends, moms, and more.

When fans first saw Tyler, they thought he looked great. However, as time went by, they generally agreed that he’s the hottest thing that ever came out of ABC’s franchise. Out of reach for many fans, he moved on and dated Gigi Hadid for a while. Those who hope he stays single on the off-chance they might hook him, sighed with relief when that relationship ended. However, recent news arrived that he might date model Camila Kendra.

Bachelorette fans who still hope for Tyler and Hannah Brown will be sad to hear that she seems deep in love with model Adam Woolard. Oh well, he might date a model now, but that doesn’t stop fans from drooling on his Instagram. Although he didn’t return to the franchise, Tyler still maintains a high profile. In fact, recent news came out that he virtually attends the Greater Akron High School Sports Award. Alongside his friend, Bachelor Matt James, they stroll the virtual red carpet.

The Bachelorette – The Thirst Trap Clip Shared On Instagram

Bachelorette fans who visited Tyler’s Instagram on April 14 saw a mouthwatering clip of him. Many of them told him to just “stop” with the hotness while they tried working. In the clip, Tyler slowly unbuttoned his white shirt while looking seductive. If he hopes for that effect, it certainly worked. One fan said, “SIR. WARN US BEFORE DROPPING A THIRST TRAP LIKE THIS.” Similarly, this comment arrived: “I’m screaminggggggggg 😂😂😂😂😂😂😂😂😂.”

Sometimes, Bachelorette fans see Bravo’s Andy Cohen getting flirty with Tyler, and vice-versa. However, he possibly didn’t see this one yet. He’s in for a treat when he does, as one fan noted, “this should be illegal!” More comments came in like these two:

“Yes, I’ll marry you Tyler, thanks for asking.”

The Bachelorette Season 16 Spoilers and Rumors: Did Clare Crawley Just Get The Boot From Producers? #TheBachelorettehttps://t.co/yFcFs0HEUx

The Bachelorette – ‘Hide Yo Girls’ Comment Sums It Up

Possibly, the best comments came when some fans talked about how Tyler gets all the girls. One of them noted, “hide yo girls, hide yo wives, hide yo moms, hide yo grandmas.” That raked in some Likes. After all, people of all ages just adore him and slaver over Tyler Cameron. In fact, people of multiple genders visit his page for the occasional eye-popping thirst trap.

Remember to check back with us often for more news, updates, and spoilers about the cast of ABC’s Bachelorette.