Days Of Our Lives (DOOL) Spoilers: Kristen DiMera As Susan Banks Tries To Get Kate Roberts Away From Jake DiMera 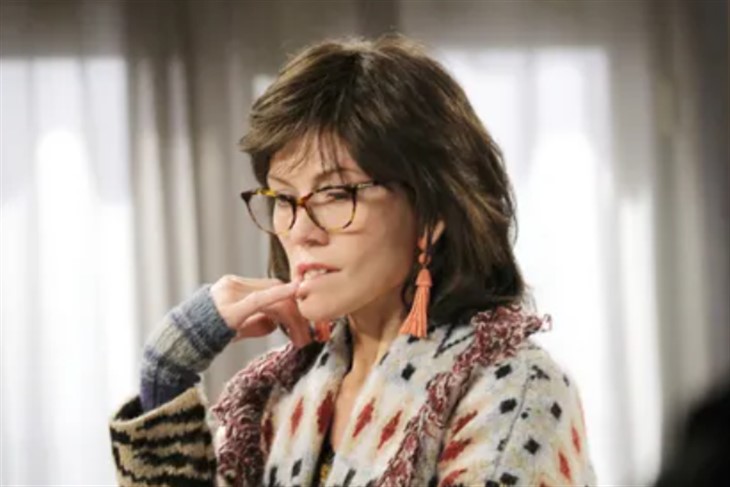 Days of Our Lives viewers will remember that Kristen DiMera and Vivian Alamain (Linda Dano) made a deal while Kristen was still in Statesville Prison. This was right after Susan and Kristen made their deal to switch places. It was only supposed to be for maybe a month, but it has stretched into much longer than that as Kristen has run into all kinds of complications while in Salem. First Sarah Horton (Linsey Godfrey) caught her and she had to dispose of her because she was going to tell the authorities, so she knocked her out with a syringe full of the drug that Gwen Rizchech (Emily O’Brien) had spiked one of Abigail DiMera’s (Marci Miller) drinks with, sending her to a mental hospital for several months.

That was a weapon of advantage when she had Sarah stashed in the DiMera’s secret room off the underground tunnels that are currently being used as a wine cellar. Days of Our Lives viewers will recall that more recently she revealed herself as Kristen to Sami DiMera (Alison Sweeney) whom she has blackmailed, threatening to tell EJ DiMera (Dan Feuerriegel) that Sami cheated on him with Lucas Horton (Bryan Datillo). While Sami is supposed to get Chloe Lane (Nadia Bjorlin) away from Brady Black (Eric Martsolf), Kristen as Susan is now freer to get Kate away from Jake, which was the deal she and Vivian made for Vivian to make sure Susan didn’t blow her cover in prison while impersonating Kristen!

Days of Our Lives viewers now will see Kristen put her plan into motion, impersonating Susan in order to do so without exposing herself as Kristen! Likely, Kristen will use the fine art of lying along with distraction to make Kate see things that will make her want to break up with Jake and never see him again! At the same time, and unbeknownst to Kristen, Gabi Hernandez (Camila Banus) is approaching the same goal in another way. She’s schmoozing around with Philip Kiriakis (Jay Kenneth Johnson) to make Jake jealous because she wants him back. However, as Kristen as Susan is keeping an eye on Jake she notices this and she knows that she can take advantage of the situation to gain an ally in Gabi without Gabi even realizing it.

Abigail was supposed to do something to break up Kate and Jake for Gabi, in order to keep up her end of the bargain when Gabi helped her kidnap Gwen, but now Abigail has much more to deal with and her focus is no longer on Jake and Kate. Kristen decides that she would be pretty believable as Susan gossiping about things she’s seeing and noticing to Kate, and she won’t be wrong. Gabi’s tactics are working, and Jake is finding himself jealous seeing her around town with Philip. So far they have managed to put on their act when Jake has been by himself and not with Kate; all Kristen as Susan has to do is convince Kate that she has noticed Gabi has designs on Kate’s son Philip and Jake is acting jealous!