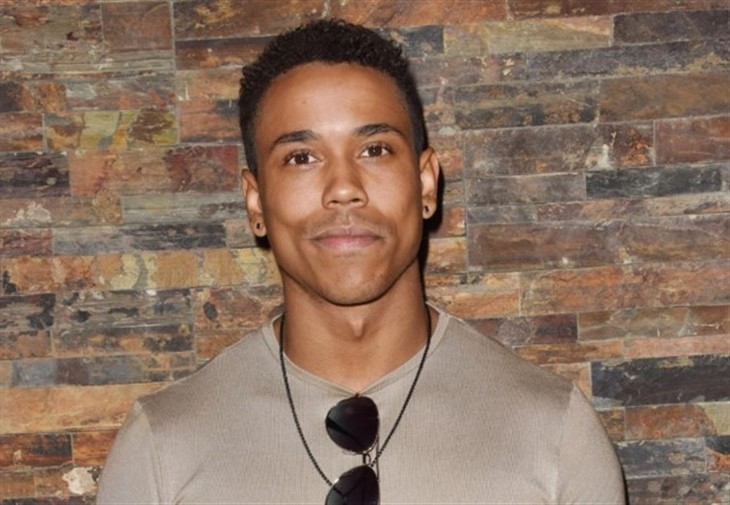 General Hospital (GH) spoilers tease that fans of Tajh Bellow (TJ Ashford) have another opportunity to see their favorite actor onscreen. The handsome and talented star will a guest star as Andrew in an upcoming episode of 9-1-1: Lone Star.

9-1-1: Lone Star is an American drama series that focuses on the fire, police, and ambulance departments of the fictional company 126, located in Austin, Texas.

“Lone Star” refers to its locale, Texas, whose motto is the “Lone Star State.” It was created by Ryan Murphy, Brad Falchuk, and Tim Minear and it is a spin-off of the television series 9-1-1. The exciting action-adventure series debuted on Fox on January 19, 2020.

Bellow will appear in the episode titled, A Little Help from My Friends. Fans of his can look forward to his appearance in the April 26, episode. The episode description reveals that the 126 are busy responding to an ice cream shop disaster and must help to rescue a boy who goes missing from his birthday party.

Also in this episode, T.K. and Carlos take a big step in their relationship and Grace has a hard lesson to learn. The episode also stars Rob Lowe, Gina Torres, and Ronen Rubinstein.

9-1-1: Lone Star is based on a citified New York firefighter who relocates from Manhattan to Austin, Texas along with his son. Along the way, he has to juggle his high-stress job with his personal life problems. Rob Lowe stars in the show as well as co-executive produces the series.

Bellow’s GH character TJ Ashford was raised in Port Charles and is now a successful doctor. His mom Jordan Ashford (Briana Nicole Henry) is the police commissioner and his domestic partner is Molly Lansing (Haley Pullos). Right now TJ is most concerned with his mom’s love life or lack of one. It seems that she and her husband Curtis Ashford (Donnell Turner) are headed for divorce and it stems in part from her lying. In particular, she lied about her involvement with TJ’s kidnapper Cyrus Renault (Jeff Kober) and it came back to bite her big time.

It remains to be seen if TJ tries to play matchmaker or lets things play out.